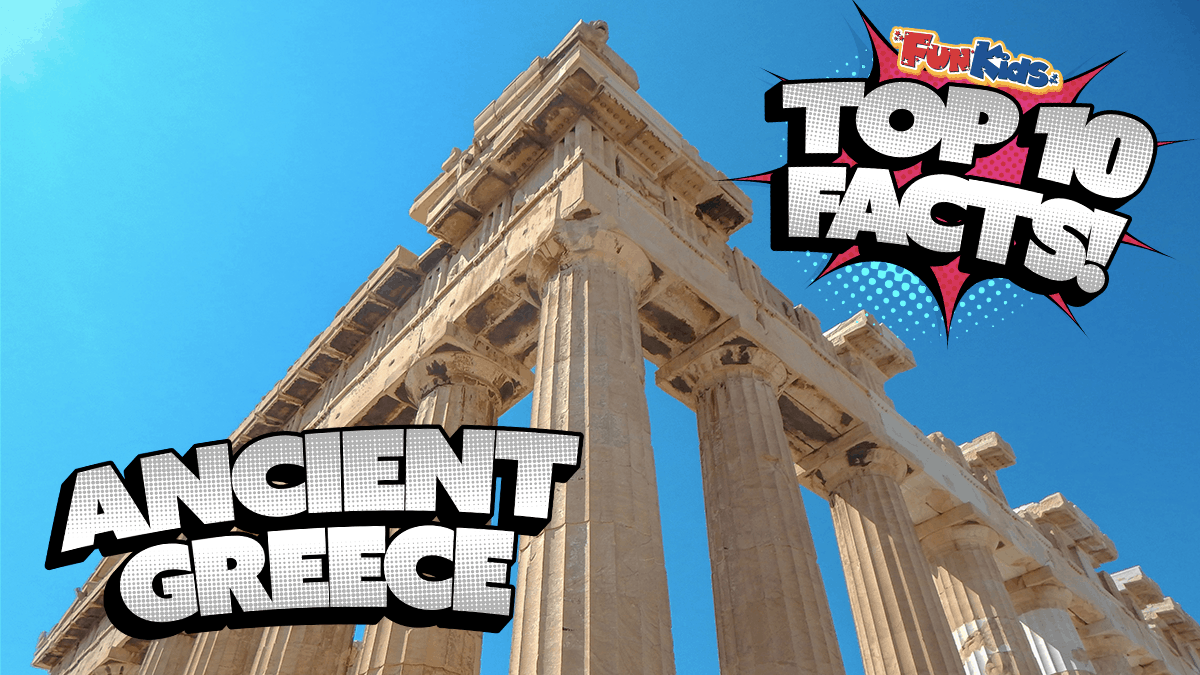 The Ancient Greek civilisation started around 2,500 years ago!

Back then they liked to explore and took different ideas from other countries and cultures to form their own civilisation.

Not only did they come from Greece, they were also in Italy, North Africa and France!

1. Ancient Greece had lots of city-states.

Ancient Greece was split up into lots of city states, some of which you might have heard of.

Some of the more popular ones are Sparta, Athens, and Olympia.

Each city had different laws, government and even their own army!

You’ve probably seen marathon races where you live or even on the television!

In Ancient Greece it is believed that a man called Pheidippides ran 26 miles from Marathon to Athens.

He wanted to announce the news of the victory of the battle of Marathon.

This is where the race comes from and why it is so long!

3. About one third of the Ancient Greeks were slaves.

There were different types of slaves in different city-states.

In Sparta, the state owned slaves called ‘Helots’. They had to grow crops and were forced to give some of what they grew to the state.

Athens treated slaves slightly better and welcomed them into family homes with a ceremony.

They also did jobs such as being a policeman, craftsman, and some even served in the navy.

No slaves were paid.

4. The juries were huge!

In a courtcase, they used large juries, sometimes up to 500 people!

Much more than the juries we use today.

Court case verdicts were often reached by the majority, but because there were so many people it wasn’t very fair.

5. They worshipped many Gods and Goddesses.

The Ancient Greeks worshipped lots of Gods and Goddesses, for different things!

They built temples and shrines where they could worship them.

6. 12 of the Gods and Goddesses lived on Mount Olympus.

Yes, it was believed that twelve Gods lived on Mount Olympus!

Apparently they had arguments and discussions there too.

Some very important Gods didn’t live there though. For example Hades, the God of the underworld.

Greeks never called themselves Greeks! This name actually came from the Romans.

They call themselves ‘Hellenes’.

This is because the country of Greece was called ‘Hellas’.

8. The Romans copied the Greeks!

Many of the things that Romans did actually came from the Greeks.

You might have seen the Romans lying down when eating. They got this from the Greeks!

Also the worshipping of Gods, their language and even their building style was very similar.

9. The yo-yo was invented by the Ancient Greeks!

Scientists argue that the Greeks invented the yo-yo.

This was after they found a device which is very similar and dates back to 500BC.

It is believed that the yo-yo is the second oldest toy in world.

An engineer called Ctesibus created a system where pebbles would be dropped onto a gong.

This would then make a loud sound.

Much different to the music or beeps you might hear now!