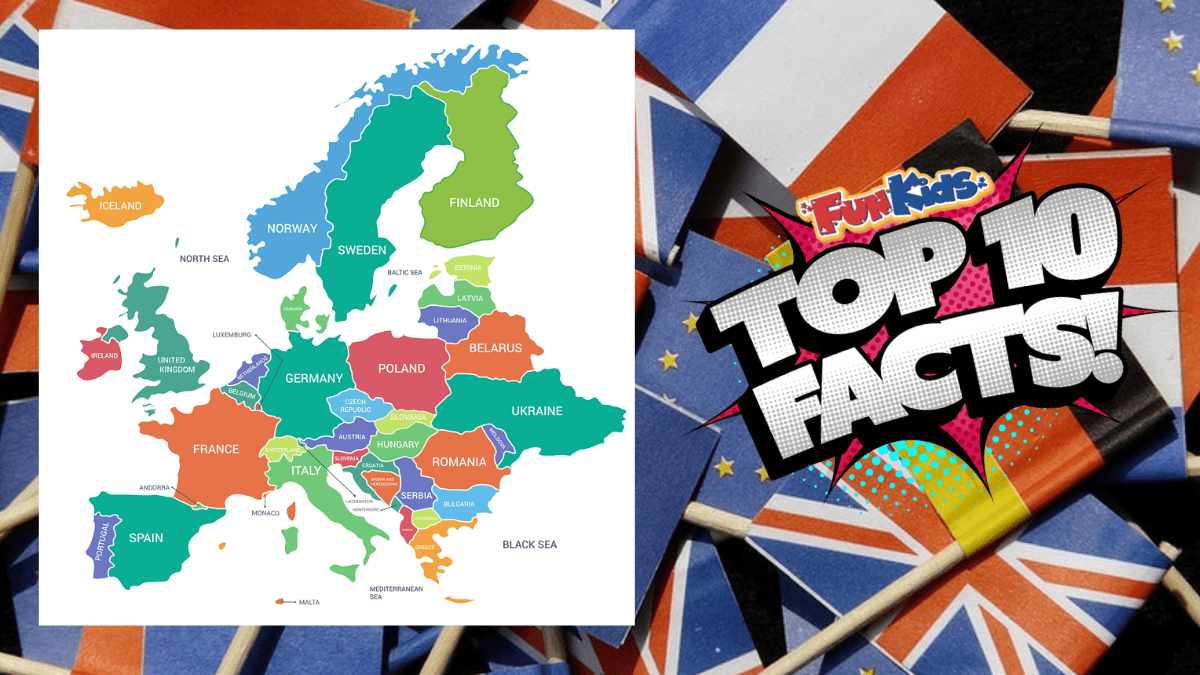 1. Europe is the second smallest continent

There are 7 continents in the world with the smallest being Antarctica. Europe is the second smallest.

Find out more about continents with our Top 10 Facts about Continents.

2. Europe has the world’s smallest country, the Vatican City

In Europe we love potatoes – be it as chips, with a roast dinner or as mash!

If you love potatoes check out our spiced potato recipe.

4. The continent of Europe has 50 countries

Countries include France, the United Kingdom, Finland and Portugal

5. The country with the biggest population in Europe is Russia

Russia has more people living in it than any other country. 145 million people live in Russia.

The next country with the most people living in it is Germany followed by the United Kingdom.

6. The Louvre is the most visited attraction in Europe

The Louvre is an art gallery in Paris, France. You can see lots of famous paintings at the Louvre including the Mona Lisa.

8. The Czech Republic has the most castles in Europe

The country has 932 castles.

Even if you visited one castle a day, it would take you over 2 years to see them all!

9. There are more than 200 languages spoken in Europe

200 different languages are spoken across Europe. Of all of these only 24 are recognised as the official languages of the European Union. These include English, French and German.

The most common language spoken in Europe is English, and 38% of the European population can speak it.

10. Christianity is the biggest religion in Europe

The biggest religions in Europe are Christianity, Islam, and Judaism.