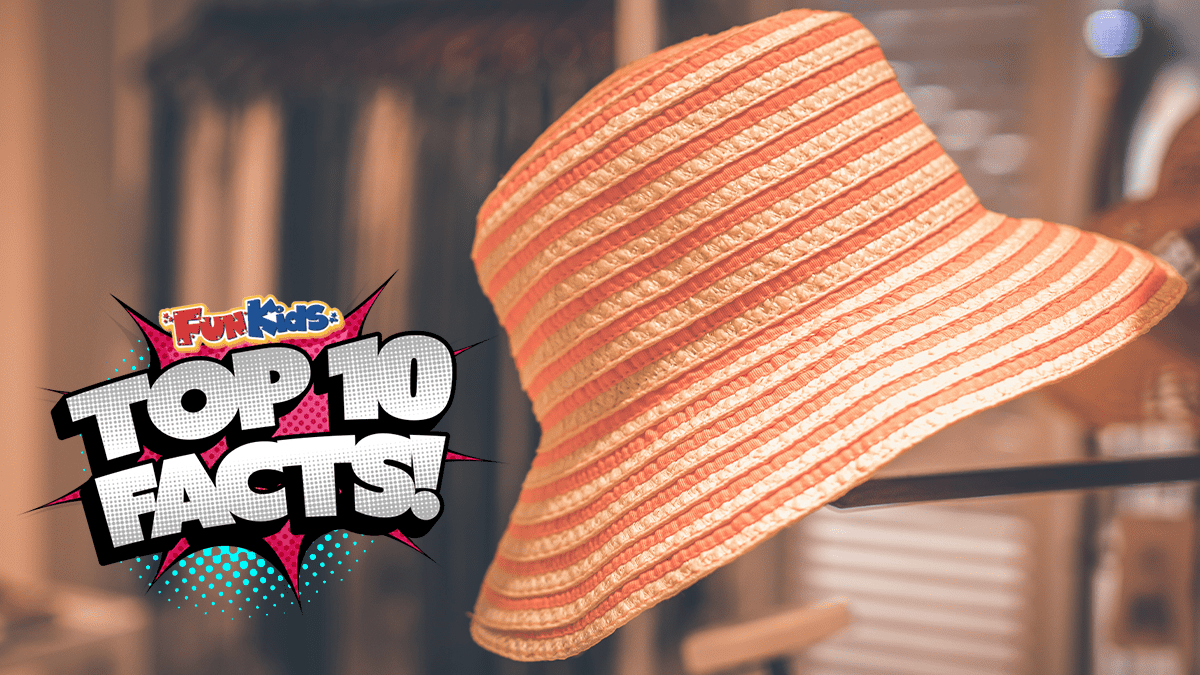 1. Black taxis in London have a tall roof so that bowler hats can fit in!

If you’ve been in a London black taxi then you might have noticed that the roof is very tall!

They were designed like this so that bowler hats could fit in.

You need lots of room if you’re wearing one of those!

2. Elizabeth l had a rule that anyone over the age of 7 had to wear a cap on Sundays!

People used to have to wear hats on Sundays and holidays.

In 1571, Elizabeth l ruled that everyone had to wear a hat on those days.

The rule was for anyone over the age of 7!

3. The first found painting of a hat was found in a cave in France!

Hats have been around for a long time… but maybe longer than you think!

The first ever painting to be found of a hat was found in a cave at Lussac-les-Châteaux in France.

The folds represent 100 different ways that you can cook an egg.

We can think of a few! Hard boiled, scrambled, poached…

Can you think of any more?

William Pitt was the Prime Minister at the time and put this tax into action!

Hat sellers had to get a licence to sell them.

The buyers had to pay extra on top of the cost of their hat for the tax which would go to the government.

The government believed that wealthier people would be able to afford expensive hats and so this was a good way to tax the rich.

There are lots of different hats to choose from!

Some of our favourites are bucket hats, beanies and baseball caps.

Other types of hats are the beret, fez, sombrero, cowboy, trilby and top hat!

Can you think of any more?

7. In North Dakota it’s illegal to wear a hat whilst dancing.

There are some laws that are hard to believe and this is one of them!

In Fargo, North Dakota, USA, it’s illegal to wear a hat whilst dancing.

It’s also illegal to wear a hat in a place where dancing might take place.

So, be careful and don’t throw any shapes!

8. Hats help to keep your heat in!

Hats are very useful, especially in the winter months!

We can lose lots of heat from our heads so it’s important to keep it warm.

That is why newborn babies get given a hat to wear when they are born!

It’s so tall that it received a Guinness World Record!

The hat was made by Odilon Ozare who is a milliner (hat-maker) from Tampa, Florida in the USA.

To get the world record he had to put on the hat and walk over 10 metres!

See George get a world record!

It is used to spread awareness of Brain Tumour Awareness Month and raise money.

Make sure to get your favourite hat out!