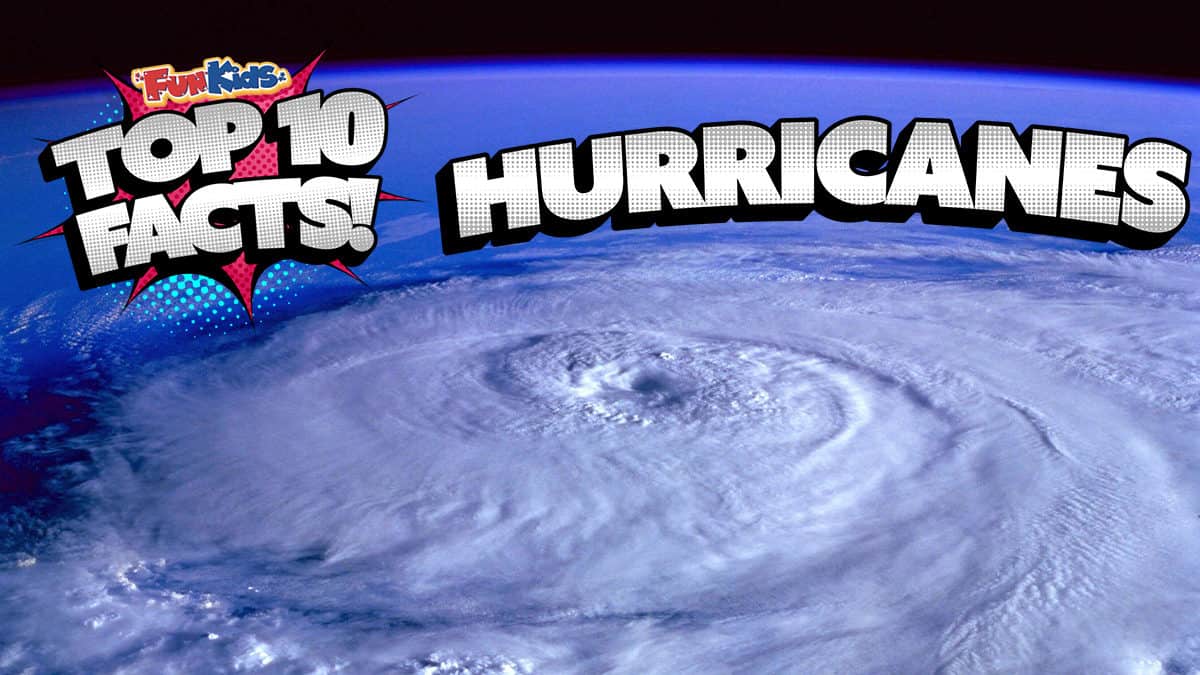 1. A hurricane is a tropical storm.

A hurricane is a huge tropical storm.

They usually happen in tropical parts of the world and form in the sea.

Hurricanes create very strong winds and can often cause devastation to the countries they hit.

Why do storms have names?

2. The word hurricane comes from the word Huracan.

The word hurricane comes from the word ‘Huracan’.

Huracan was a God who was worshiped by the Mayans.

He was the God of wind, storm and fire!

3. The eye is the centre of a hurricane.

That’s right! The eye is the centre of the hurricane.

The eye of the hurricane is actually the safest part.

It is usually very calm in the eye.

4. The eye wall is around the eye.

The eye wall is around the eye of the hurricane.

This is often the most dangerous part and a place you don’t want to be in.

There will be everything from dark clouds, strong winds and rain.

5. The rainbands are the outer part of the hurricane.

Hurricanes have rainbands which are on the outer edge.

These rainbands do what they say in the name… there is lots of rain!

The rain is so heavy that is often causes floods.

6. Hurricanes can be very dangerous.

Hurricanes are very dangerous and can sadly cause a lot of destruction.

The high winds can cause damage to trees and buildings, including people’s homes.

There are often lots of floods because of the rain as it raises the sea levels.

Read top 10 facts about the weather!

7. Hurricanes spin in different directions depending on where you are.

The Earth is split up into two halves called hemispheres.

and if you are in the northern hemisphere then it will spin anti-clockwise!

Hurricanes are massive and can range from around 100 miles to 1,000 miles wide!

This means that they can cover a large area of land.

9. They mainly form over the ocean.

There are lots of hurricanes but most of them don’t reach the land.

This is because they are formed in the ocean.

Hurricanes start when moist warm air above the water rises and is replaced by cooler air.

This cool air then warms up and rises and this causes a cycle which then creates a storm.

In the unlucky event that a hurricane hits the land, it causes the hurricane to weaken and slow down.

This is because it doesn’t have the moisture from the sea to fuel it.

What can oceans tell us about the climate?

10. All hurricanes are given names.

You might have heard about different hurricanes on the news.

Have you noticed that they all have a name?

Hurricanes are named by the World Meteorological Organisation.

They are always named in alphabetical order. So the first storm of the year will begin with A!