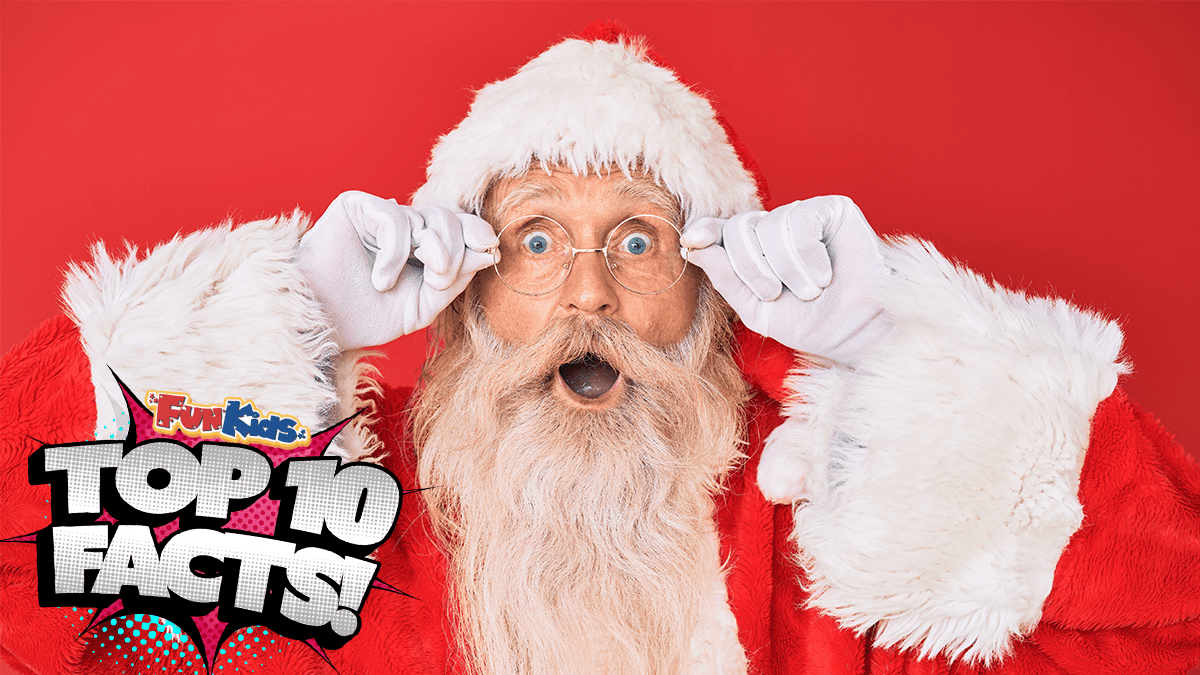 Santa Claus has lots of different names! In the UK, he’s also known as Father Christmas – or even just Santa. But in other countries he goes by different names. In the USA, some people call him Kris Kringle. In France he is called Père Noël / Papa Noël. In Poland he goes by Święty Mikołaj (meaning St. Nicholas). And in Germany, Santa is known as Weihnachtsmann (which literally translates to English as ‘Christmas Man’). Which name is your favourite?

2. Santa’s sleigh is the fastest vehicle ever

Santa’s sleigh is the fastest vehicle ever! On Christmas Eve, Santa has to travel around the world to deliver presents to all the children on the nice list. There about 2.5 billion children in the world – so Santa’s sleigh has to move at a speed of around 1,800 miles per second, wow!

Santa has nine reindeer, and they help him fly his sleigh so that he can deliver presents. Santa’s reindeer are called: Dasher, Dancer, Prancer, Vixen, Comet, Cupid, Donner, Blitzen, and Rudolph!

4. Santa has an official pilot’s license

Santa has a wife called Mrs Claus! She helps Santa make sure that Christmas runs smoothly!

Santa and Mrs Claus have Canadian passports! In 2013, Mr and Mrs Claus received their own Canadian e-passports from Canadian Immigration Minister Chris Alexander.

7. People can’t decide whether Santa lives in the North Pole or Finland

People can’t decide whether Santa lives in the North Pole or Finland! However, our sources at Fun Kids can confirm that he has toy workshops in both, and even a holiday home in Marbella! If you live in the UK, and would like to send a letter to Santa then you can post your letters to this address:

8. Santa has a team of Elves who work all year round making toys

Santa has a team of Elves who work all year round making toys ready for Christmas day. The exact number of Elves in Santa’s workshop is unknown, but we reached out to the Grotto’s HR department and received the following estimate: ‘at least 12’.

10. ‘Ho Ho Ho’ is Santa’s way of expressing his happiness and joy

‘Ho Ho Ho’ is Santa’s way of expressing his happiness and joy – if he said ‘Ha Ha Ha’, people may think he was laughing at them!