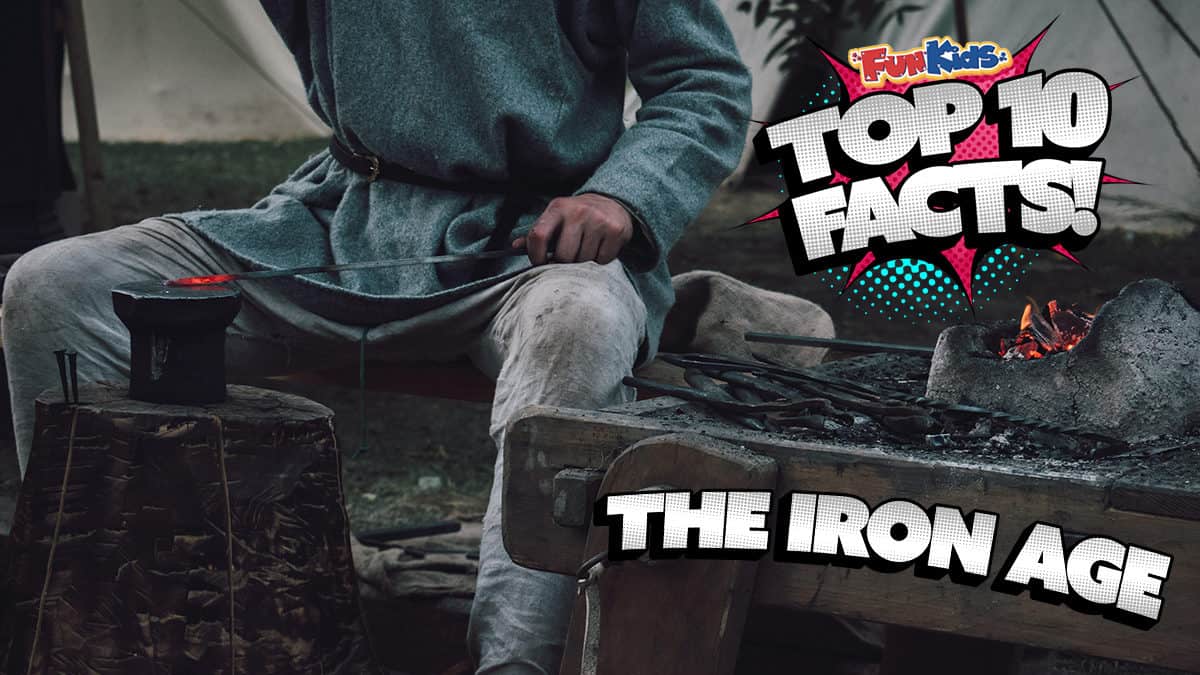 The date range of the Iron Age varied across the world.

This is because different parts of the world started to use iron at different times.

2. Iron became popular and was what was mainly used during this time.

During the Iron Age, iron became the most popular material to use when making tools and weapons.

It was even used to make things like cooking pots and nails!

They decided to use iron because it is much stronger than anything used previously (such as stone and bronze).

3. People were ruled by warrior Kings!

Back in the Iron Age, people used to live in clans.

These clans belonged to tribes and were lead by warrior Kings.

Life was dangerous back then as rival tribes would battle against each other using the dangerous weapons they had made.

Iron was much stronger than bronze and was able to make sharp objects.

To shape these objects they would have to heat the iron and hit it with a hammer to shape it.

5. The most popular job was farming.

The main form of income in the Iron Age was farming.

This is what most people did as a job.

The other main jobs in these times were potters, carpenters and metalworkers.

Find out more about farming!

6. Grain was stored in granaries and storage pits.

Once the grain had been harvested by farmers, it had to be stored.

There were many granaries which were built above the ground on posts.

They were also stored underground in storage pits.

The pits were often around 2 – 3 metres deep!

Thousands of these pits have been found.

Read all about grain with The Grain Chain!

Hill forts were where people lived.

They were on top of a hill so that they could see when enemies were approaching.

There were lots of houses and the forts were almost like little towns.

They were surrounded by ditches and wooden walls to make it harder for their enemies to attack.

8. The average life expectancy was 25 years.

Back in the Iron Age, the life expectancy wasn’t very long.

The average life expectancy was around 25 years old.

In the UK, the current average is around 81 years old.

Due to our healthcare and medicines, it has kept us much healthier for longer.

Have you ever wondered when coins were first made?

Coins were first invented in the Iron Age.

They were made from gold, silver and bronze.

Find out about British coins here!

It is believed that people in the Iron Age used board games as one of their forms of entertainment.

In some of the Iron Age burial sites, glass game pieces have been found.

This shows that board games might have been around back then!