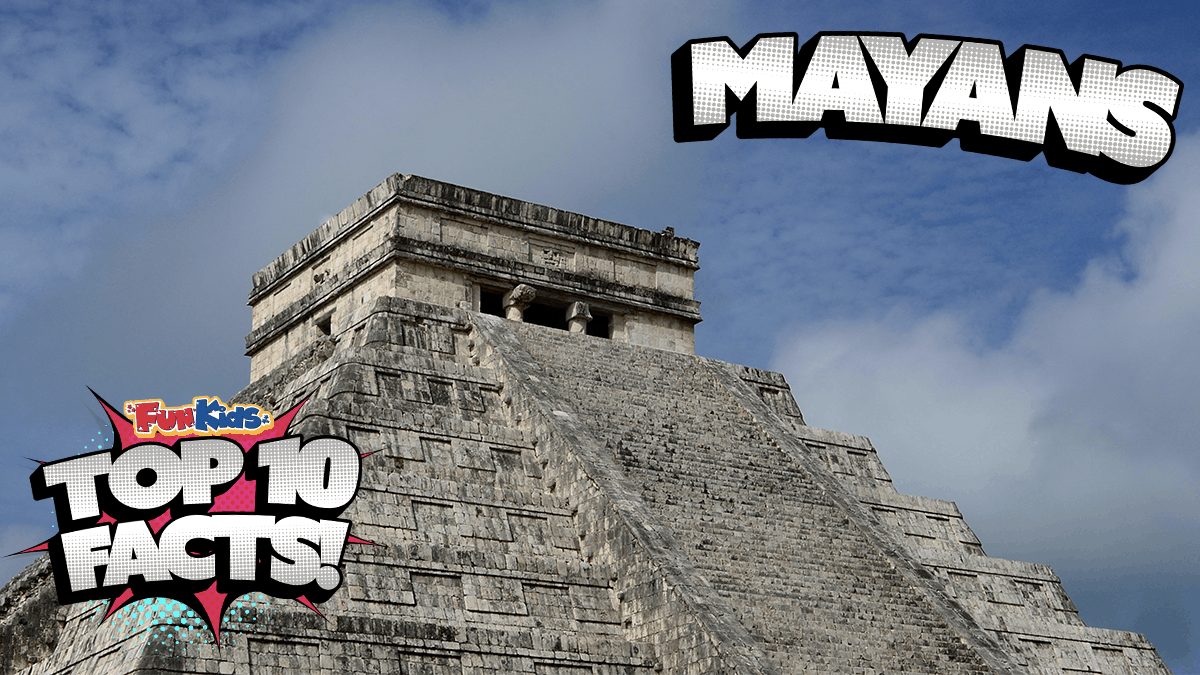 The Mayan civilisation was well established by 1000 BCE and lasted until 1697 CE.

1. The Maya were an advanced society!

By 900 AD, the Maya were a very advanced society.

They had started to farm and even do maths!

They stayed in the same place and had permanent homes.

The Maya lived in a place called Mesoamerica which was made of Mexico and parts of Central America.

They lived in places such as Guatemala, Belize, Honduras, Yucatán Peninsula and El Salvador.

The Maya had lots of cities that they lived in.

In total it is believed there were 60 of them.

They built all of them!

4. The Maya were inventors!

The Maya were very clever and invented lots of things!

This included their own calendars, farming methods, writing systems, sports and religion.

Find out about amazing inventions!

5. They had one ruler per city.

Only one ruler per city was allowed.

They believed that their rulers were given the power by God.

They even believed that they could contact Gods through the ruler.

6. They were great at building.

One of their main talents was building.

They built so many things such as palaces, pyramids, ceremonial structures and temple observatories.

This was really impressive as they didn’t have metal tools.

7. The Mayans had many different Gods and Goddesses.

They had one called Chaac who was the God of rain and storms.

Itzamna was one of the creator Gods and was a patron of learning.

Awilix was the Goddess of night and the moon! They had lots more!

Read about Egyptian Gods and Goddesses!

8. The Mayans had a writing system.

The Mayans had a writing system where they used hieroglyphics.

Hieroglyphics are signs that make up sounds and words.

There were up to 800 glyphs in their writing system.

Did you know that The Maya invented the concept of ‘zero’?

10. The bigger that hat, the more important they were!

The Maya loved headdresses and hats.

In fact, the more important you were, the bigger and taller your hat would be!