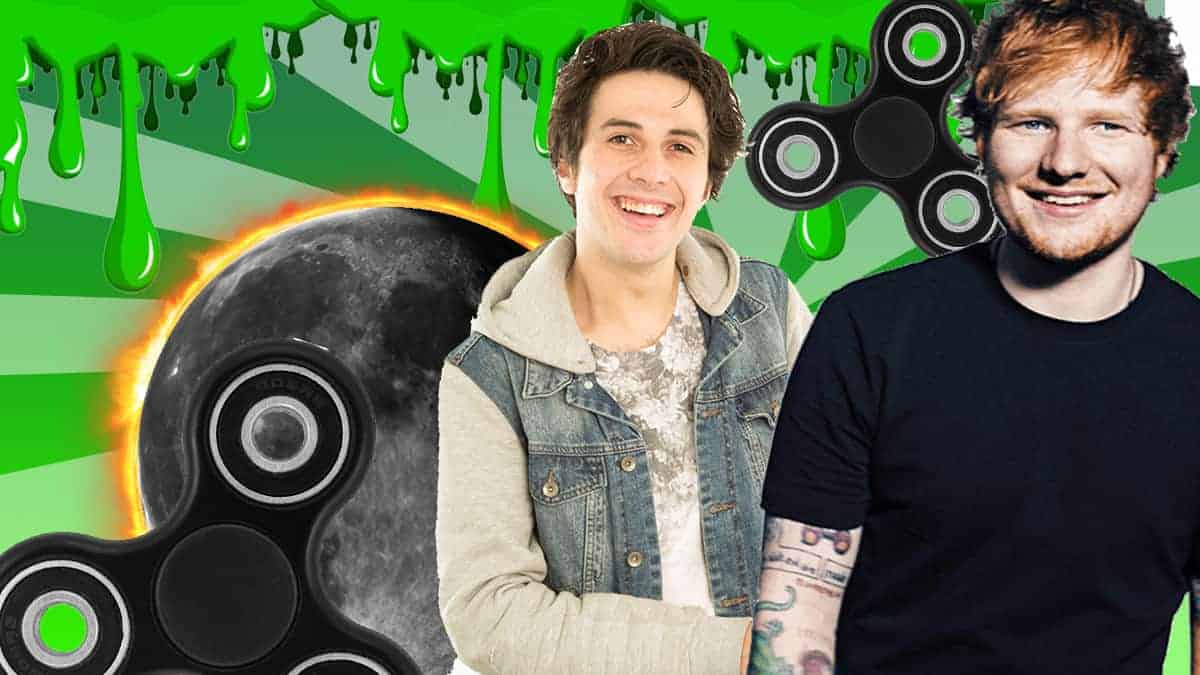 2017 has been a year of totally amazing things!

We had cool new crazes, alien asteroids and really far away spacecrafts!

Musicians gave us some awesome new music, some of which we’re playing on Fun Kids, and loads of authors came to chat with us!

But what five things from 2017 beat all of the rest?

Sticky, sloppy, slippery and, well, slimey! Slime was one of the coolest things in 2017.

We shared recipes so you could make your own and even gave away huge slime-making kits!

Of course, there are loads of different ways you can make slime, including with pom-poms…

Fidget spinners dominated playground chat in 2017 too. Literally everyone had one!

There were loads of different types, colours, and styles, including fidget cubes.

There was a total solar eclipse in America

The Sun vanishing from the sky is a pretty big thing!

It lasted for a little less than three minutes but in order to see it properly, you needed to be in the right place.

That was the ‘Path of Totality‘, a 70-mile strip of land in the United States of America.

Sean’s been working on his YouTube channel for a couple of years now and has had some super famous stars on it.

John Cena paid him a visit earlier this year as well as Sasha Banks and Finn Balor!

Ed’s latest record, Divide, became the fastest selling male album of all time, a week after it was released!

TCS and Coldplay were the only other act to feature in the same week, but Sheeran said he wasn’t bothered by their seventh spot…

Playing: one small thing by cast of my little pony: the movie