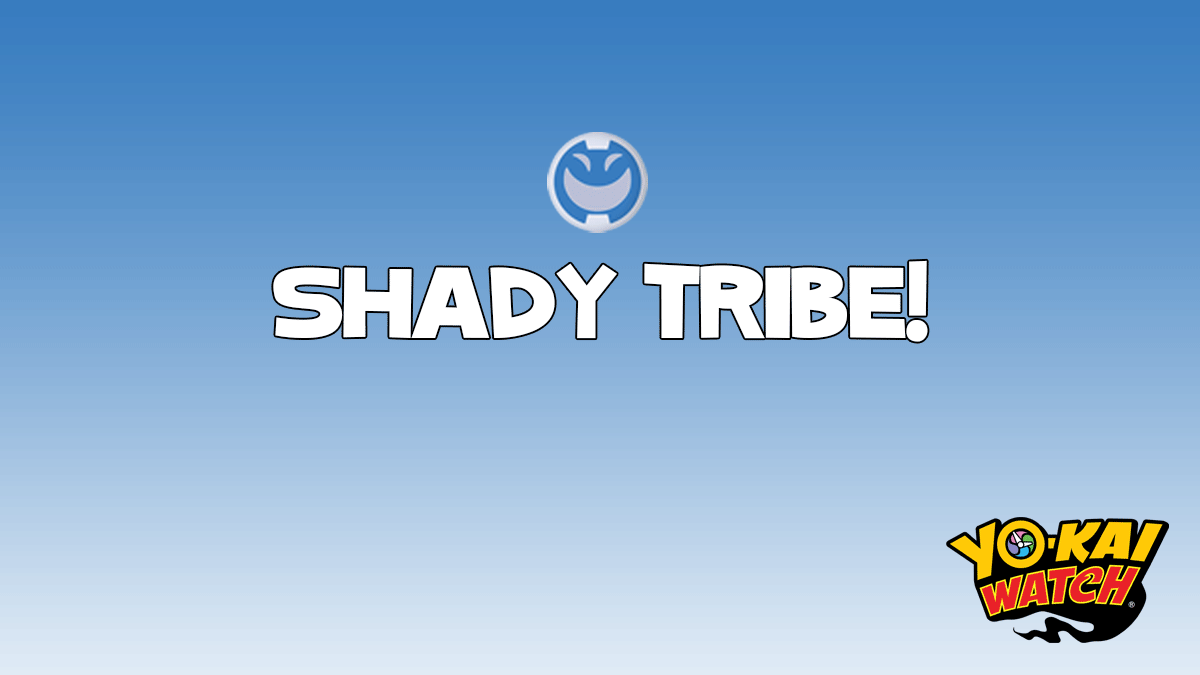 Sean’s been checking out a brand new RPG game you can play on Nintendo 2DS and Nintendo 3DS here at Fun Kids. It’s called YO-KAI WATCH, and it’s out right now. Click here to find out more!

There are 8 tribes of Yo-kai, and there is a tribe that you wouldn’t want to meet. They are the source of most of humanity’s problems, and they are the Shady tribe! If you’ve ever sat with someone who just can’t stop talking about how much they know, or if you’ve suddenly found a cavity in your teeth the next time you go to the dentist, it might be because you’re near a Shady Yo-kai!

When two or more Shady Yo-kai are next to each other in battle, they’ll get a Shady Unity inspiriting bonus!