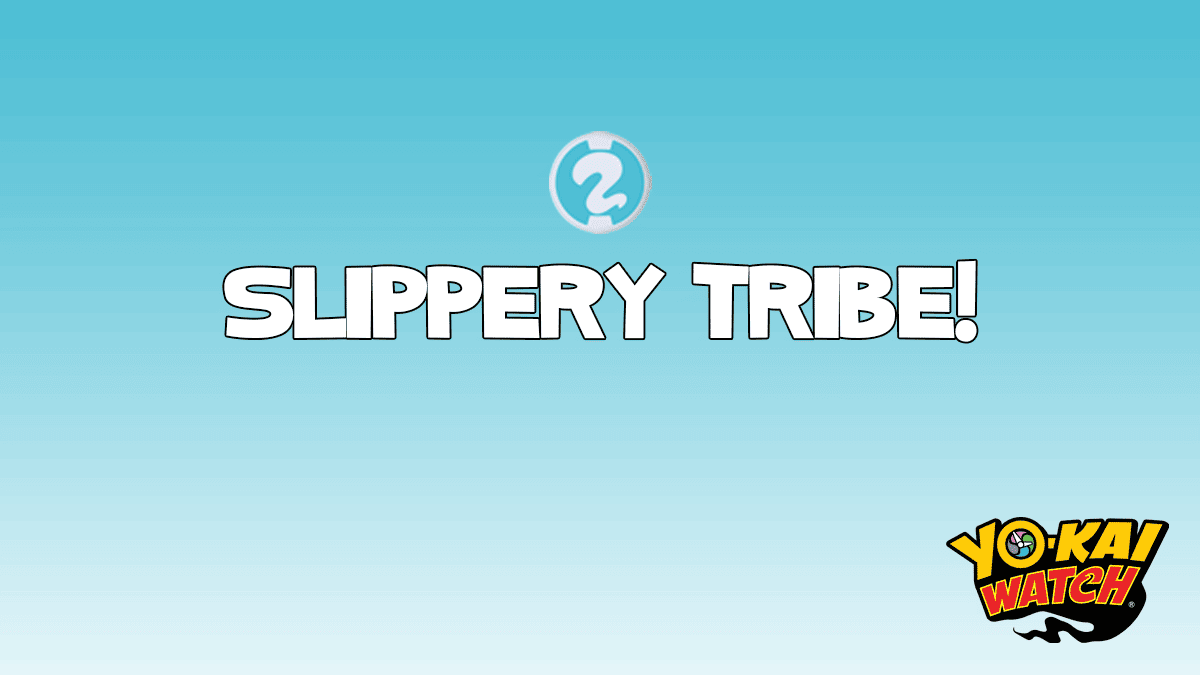 There’s a cool new RPG game you can play on Nintendo 2DS and Nintendo 3DS, and Sean’s been playing it here at Fun Kids. It’s called YO-KAI WATCH, and it’s out right now. Click here to find out more!

There are 8 tribes of Yo-kai, and there is a tribe that are pretty slippery customers! If you’ve ever seen anyone who’s mysteriously really lucky making friends without even trying, or if you simply just can’t stop laughing, you might be near a Slippery Yo-kai!

When two or more Slippery Yo-kai are next to each other in battle, they’ll get a Slippery Unity inspiriting bonus!