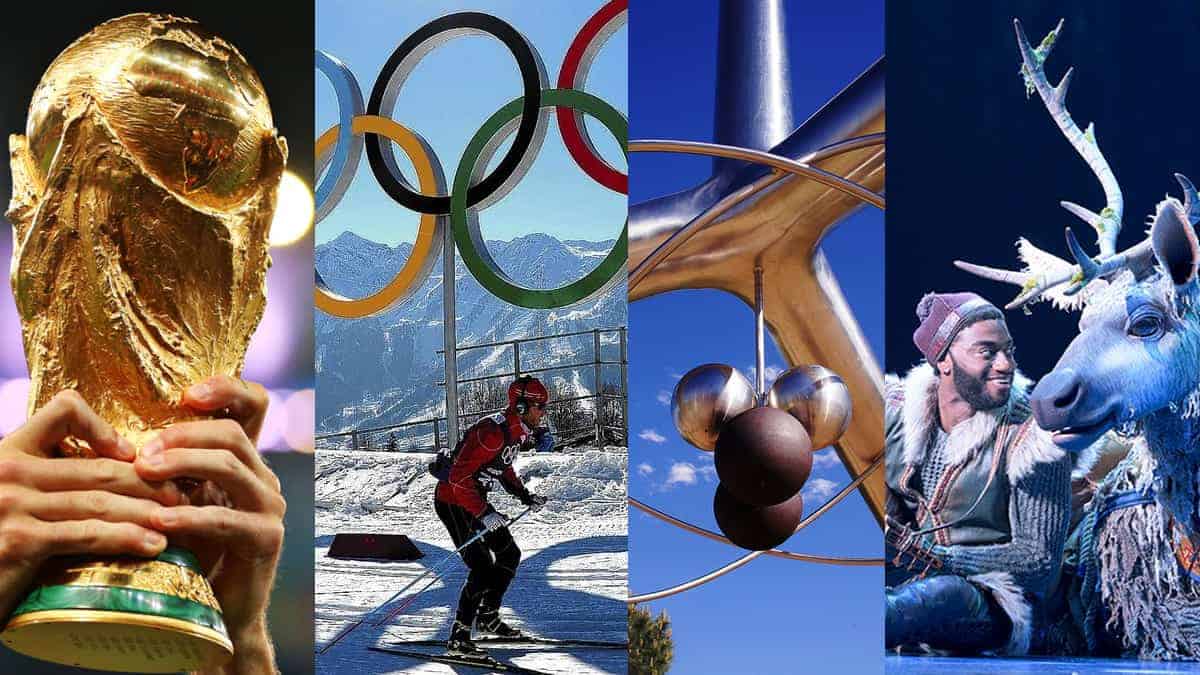 2018 is here and that means we’ve got a whole new year of activities, fun, and big events to look forward to!

From sports to movies to milestones, we’ve put together a huge list of the coolest things coming in 2018 so that you can prepare your calendars…

Between 9 February and 25 February, the Winter Olympics take place in PyeongChang, South Korea.

The Winter Olympics are held every four years and Team GB are hopeful this could be their best event yet!

The famous Olympic torch has already been lit and is making its way across Greece before visiting the Korean Peninsular.

9,518 people will bear the torch along the way and it will work just like the Olympic Torch Relay during the 2012 Olympics in London!

Click here to find out more about the Winter Olympics!

Disney’s Frozen is coming to the West End in August 2018.

It’s a musical based on the movie and will include original songs as well as 12 new tracks.

Previews for the musical start in February but proper tickets are on sale now!

Click here to find out more about Frozen: The Musical!

World Cup kicks off in Russia!

On the 14th June 2018, the World Cup kicks off in Russia! That’s the largest football tournament in the world.

32 national teams will turn up in the country to play 64 matches across 12 venues.

We know that England will be playing Belgium, Tunisia and Panama in Group G.

England’s first game will be against Tunisia on Monday 18th June at 7pm at Volgograd Arena.

Defending champions Germany are the favourites to win the tournament – again…

A huge time capsule will be opened!

The Helium Time Column Monument was created in 1968 to celebrate the 100th anniversary of the discovery of helium.

The monument has four time-capsule columns at the bottom and one is due to be opened in 2018.

YOU could visit the moon!

In 2018, one company says it is definitely going to land ordinary people on the moon!

The start-up company is called Moon Express and their goal is to mine the rock for its natural resources.

The chairman of the company said: “We are really looking good and we are still hoping to launch the lander next year.”

If they’re successful, they’ll become the first company to ever land there!