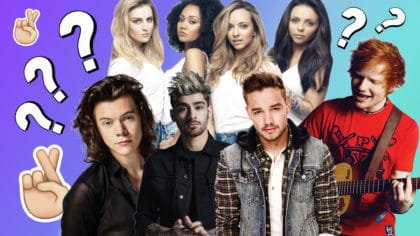 The BRIT Awards were earlier this week! That’s a huge award ceremony held every year to celebrate all things pop.

This year the ceremony was held at The O2 Arena and was one of the biggest award ceremonies yet.

One category loads of people had their eyes on was the British Video category. That’s because so many huge names were nominated for it!

The five nominees for the British Video category were:

After loads of nail-biting, it was finally revealed that Harry Styles won with Sign of the Times!

Ed Sheeran didn’t go home empty-handed – he was given the global success award – and Little Mix got up on stage!

Harry wasn’t there to accept the award, but did thank people on Twitter just after the ceremony was over!

Thank you to everyone who voted for me at the @BRITs tonight. I appreciate and love you all very much. H

Playing: let me love you by grace grundy