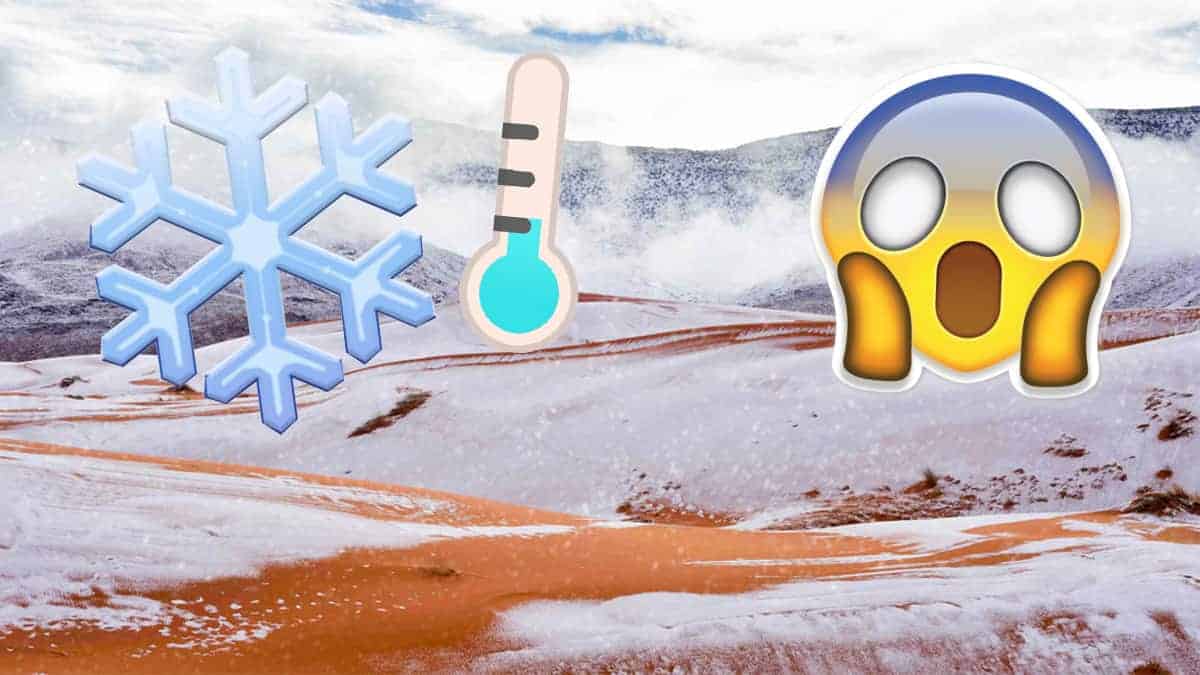 But some people in North Africa are gob-smacked after 16 inches of snow fell in the world’s hottest desert, the Sahara!

It’s happened only a few times in the past 40 years, covering the orange sand dunes.

Although it’s an unusual sight, snow in the desert isn’t totally unheard of.

Temperatures in the Sahara vary wildly, so whilst it might be 40º in the daytime during the summer months, that can drop to be as low as 12º on an average night.

Snow forms when the temperature is at or below 0º and where there is little moisture in the air, so a quick cold spell is all it takes for there to be a little snow.

That said, some people are concerned about it and have pointed to the fact that snow in one of the hottest deserts in the world isn’t really a good sign.

They point to climate change as a possible factor, saying that our activity on the planet is creating more extreme weather.

Playing: spirit in the sky by doctor and the medics