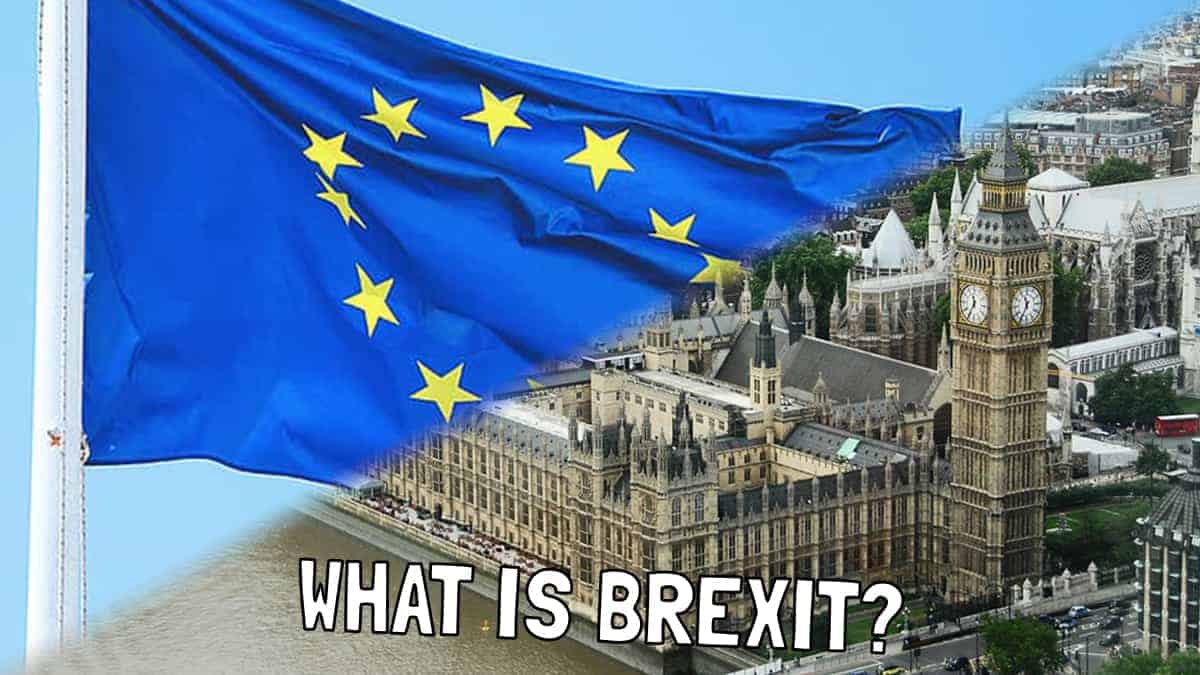 What does Brexit mean?

Brexit is the word for Britain leaving the European Union. The word is actually just the word ‘Exit’ with ‘Br’ put on the front of it – Br stands for Britain.

What is the European Union?

The European Union is a just a load of countries that decided to all come together and make a group – they called it the European Union (or the EU). Being in the group means lots of different things, from people being able to go to the other countries more easily and the countries sharing certain laws.

Why is Britain leaving the EU?

On 23 June 2016, the UK held a referendum. That’s a big vote all about one question. Adults voted on whether the UK should leave the EU or stay in it.

When the vote finished – 48% of people wanted to stay but 52% voted to leave the EU, so the people in charge started doing the work that would let Britain leave the EU.

We decided to leave 4 years ago, why is it taking so long?

No country has ever left the EU before so there has been lots and lots of things to sort out before we could leave. On top of that, lots of people were not happy about leaving which slowed the process down.

The big problem was that that our Prime Minister (the person who runs the country) had to decide how everything would work with the EU – they had to make a deal. Then they had to tell everyone in The House of Commons (where all the laws are made by people we elect) and they had to agree with that deal before we could leave the EU. The House of Commons kept on not agreeing with the deal because they didn’t like it and this delayed the process.

In January 2020 The House of Commons finally agreed a deal.

So when is Britain leaving the EU?

Britain should leave the EU on 31st January 2020 if everything goes to plan.

Playing: together by for king & country