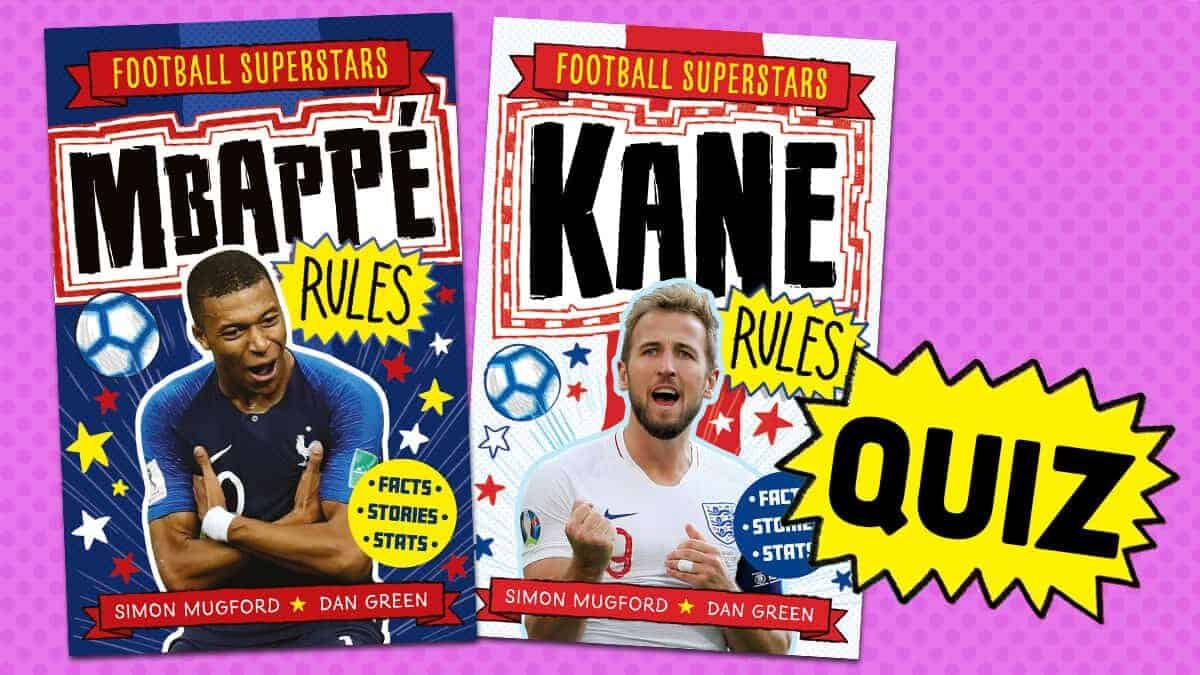 Do you know a little reader who is MAD about football? Football Superstars is a series of books for 5-7 year olds about their favourite footballers, packed full of fun facts, stats and trivia.

Football Superstars is a series aimed at building a love of reading from a young age, with fun cartoons, inspirational stories, a simple narrative style and a cast of characters chipping in with quotes, jokes and comments.

Ronaldo and Messi are already available and new to the series are Kane and Mbappé, out now in all good bookshops and online.

Is Kylian Mbappé your ultimate football superstar? His quick feet and shooting skills have made him one of the world’s top forwards and the youngest ever player to score 16 goals in the Champions League. Mbappé started playing at the age of six and his first coach was his dad. Find out how he went from playing on the pitch he created in his living room to becoming the second teenager in history to score in a World Cup final.

Is Harry Kane your ultimate football superstar? He was the first player to score 100 goals for Spurs in the Premier League and is an awesome striker for England too, winning the Golden Boot at the 2018 FIFA World Cup. But it hasn’t always been easy for Kane. When he was just eight years old he was released by Arsenal, but Kane has never been one to give up. Discover how Kane signed for local rivals Spurs and then became their star striker and a living legend.

Brush up on your football knowledge and take the Football Superstars quiz! When you’re done, check out the activity sheets below.

There are new quizzes and games all the time on the Fun Kids website!

From popstars and the latest books to science and space, we've got loads to test your knowledge!