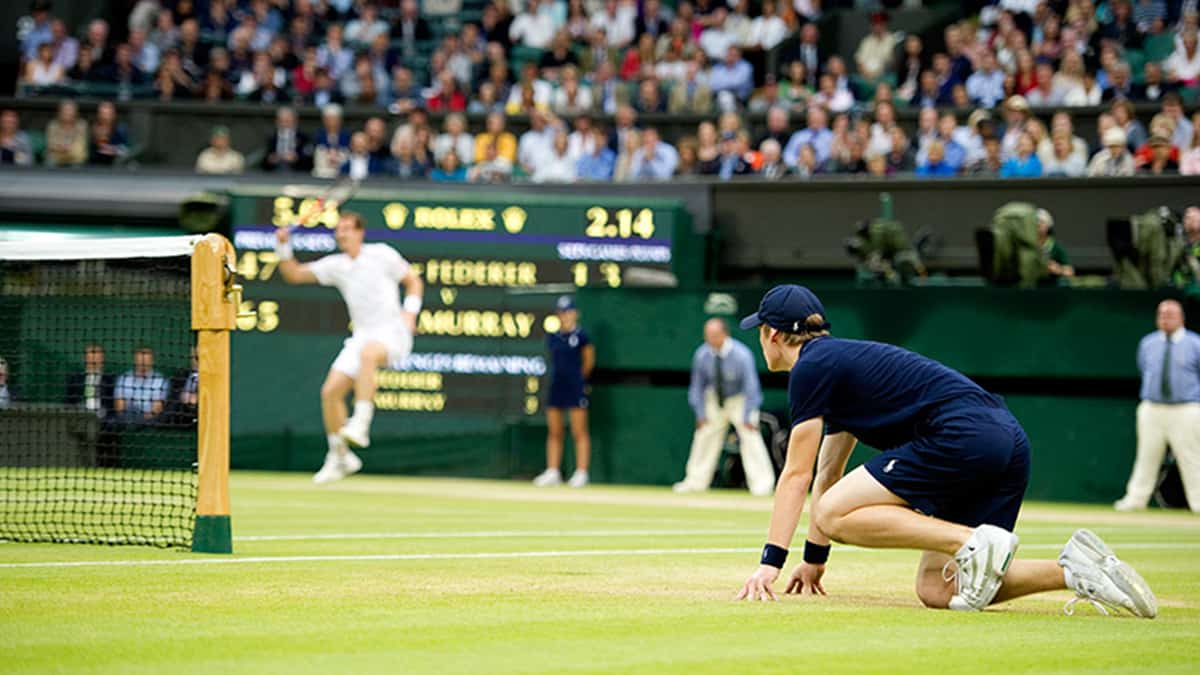 If you’ve been watching Wimbledon on telly this week, you might have noticed the impressive team of ball boys and girls standing by on the sidelines.

But how to you get to be one of the lucky few on Centre Court handing Roger Federer a towel or swapping balls with Novak Djokovic?

The ball boys/girls are all Year 9 and 10 students at secondary schools near to Wimbledon. About 700 kids apply every year and this is whittled down to a team of 250 – kind of like The X Factor!

They practice sprinting, catching and rolling the ball across the court – and, of course, practising being able to stand perfectly still when the game is on!

As the tournament nears, teams are selected for each of the courts.

Four teams of six look after the Centre and No.1 Courts, where the top seeds play. Six teams of six rotate around the other show courts and the remainder manage the rest of the courts.

On match days, the usual routine is one hour on, one hour off to make sure the teams don’t get tired out under the heat.

The people in charge of Wimbledon say to become a ball boy/girl you need to have good decision making, be able to deal with the unexpected and able to work as part of a team.

If you think you’ve got what it takes then check out the Wimbledon website to apply for next year’s tournament!

Would you like to be a Wimbledon ball boy/girl? Let us know in the comments below!