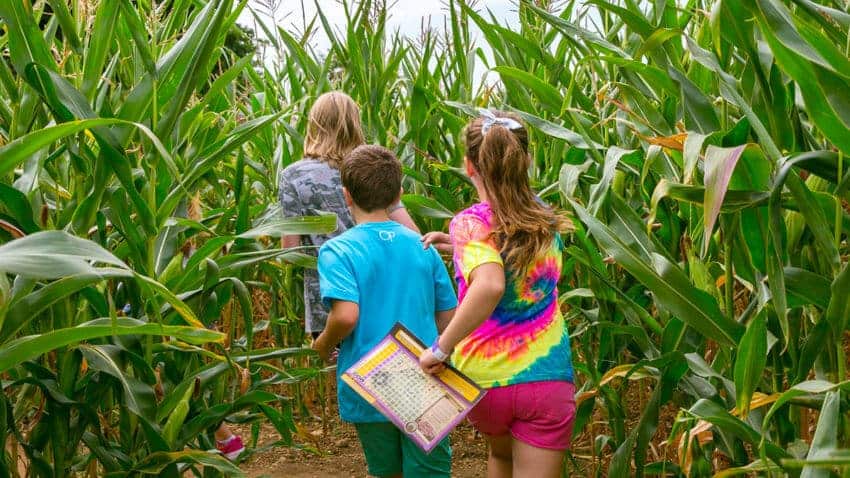 Every year Millets Farm in Abingdon cuts a maze into a big field of corn! It’s a tradition that started in 1997 and 20 years on, it’s still running!

Millets Maize Maze is open from mid-July to early September. Each year, the maze has a different theme; for 2017, it is seaside themed.

Once inside the maze, the four miles of paths, from entrance to exit, offer hours of fun chasing after friends and family as well as collecting ten symbols that are hidden around! Collect the symbols, solve the clues, and get rewarded!

The maize maze is planted in April to ensure its ready for the opening in July. At the end of the summer, the maze is closed to prepare for its Halloween Howl Spooktacular! At the end of the year the crop is cut and the field ploughed.

Families are advised to allow over two hours to visit the Maize Maze and complete all the activities. There are also other events at Millets Farm, including a free ‘beach’.