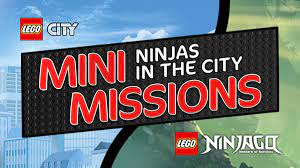 Well this August Bank Holiday weekend, LEGO is putting on a surprise pop-up show in London!

It’s called LEGO® Mini Missions: Ninjas in the City and is taking place on the Southbank.

It’s the first time this has ever been done and the pop-up event is full of stuff from LEGO® City Police and LEGO NINJAGO™!

When you arrive at Mission Base, you’ll be told all about your mission and get given a goodie bag which be filled with things to help you!

There’s even a LEGO brick pit to spark your imagination, trained masters of Spinjitsu and tons of team work!

The Engineering Behind Fireworks!

Welcome to Undercover Engineers - Access All Areas. We've teamed up with inspirational engineers from around...

LEGO is one of the most popular and loved toy companies in the world. It has been around for more than 90...