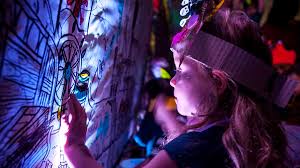 Explore the world of Peter Pan this February and March at the Museum of London Docklands!

A series of interactive events, film screenings and performances will take place throughout the weekends, providing a whole new generation with an introduction to J.M. Barrie’s characters.

Professional character actors will lead Peter Pan-themed workshops and re-enact short scenes from the story, amidst a transformed museum which will be adorned with confetti cannons and decorations.

There will be “sightings” of Captain Hook’s pirates and other larger-than-life characters from the story in the permanent gallery spaces during the weekend.

Two screenings of the classic animated film Peter Pan will run each day, allowing visitors to see Peter’s tale before they continue the stories themselves in the museum!

Charles Darwin was one of the most influential scientists that ever lived. He is famous for his work on the...