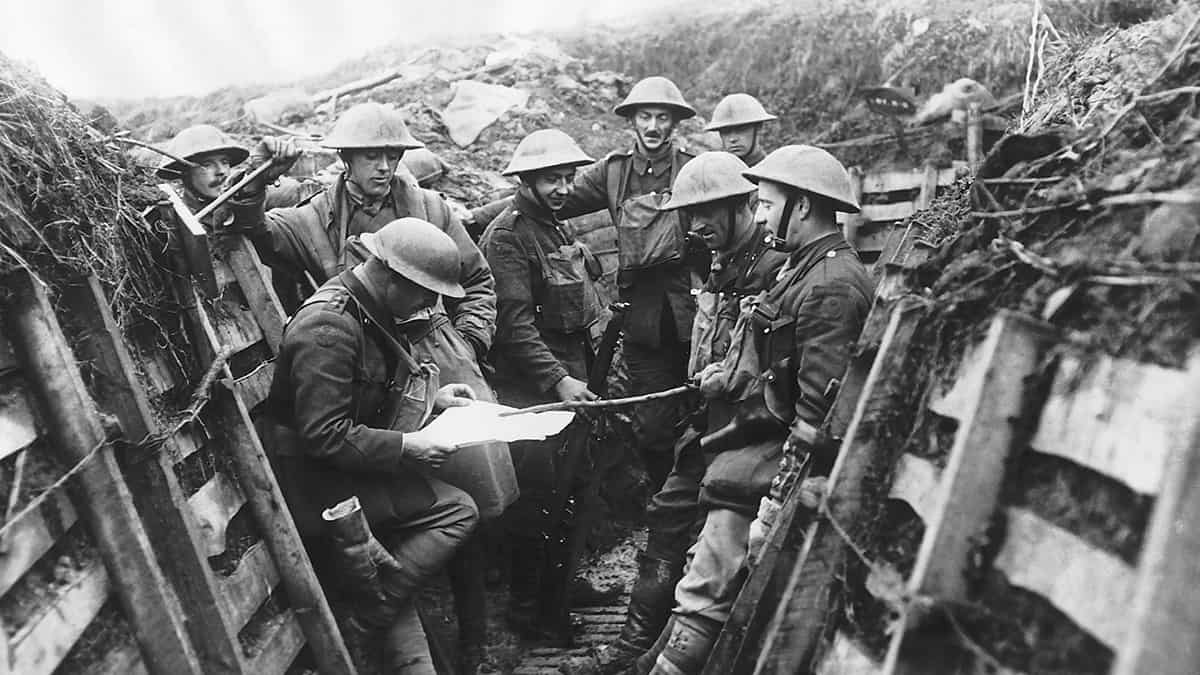 Poppy and Joe find out about war memorials for the airforce and navy.

It was early days but aviation became very important – it was the new battleground in the sky.

Thousands of airmen and sailors died fighting. And for many, their bodies were never found.

Britain being an island surrounded by sea, we had a tradition as seafarers and our Royal Navy was the strongest in the world.

Which is something to be proud of! Sailors from the Royal Navy, the Royal Marines and the Merchant Navy served across the world – from north Russia to South Africa and from America to the Far East.

Most sailors who died during the war have no grave but the sea.  So the Imperial War Graves Commission arranged for the names of sailors and airmen to be inscribed on memorials to ensure that they’ll never be forgotten.

There are three main memorials in the UK. They’re all obelisks – pointy shaped pillars if you like – in the major naval towns of Portsmouth, Chatham and Plymouth.

There’s also one in London at Tower Hill – it commemorates those in the Merchant Navy and fishing fleets who lost their lives bringing important cargo, like fuel and food, to Britain to help us win the war.

There’s the Air Forces Memorial at Runnymede which commemorates over 20,000 airmen who were lost in the Second World War and have no known graves.

Memorials are an important way to honour the dead.  A mark of respect. They died fighting for their country. Our freedom.

The conditions on the Western Front made the Commission’s job of burying the dead very difficult. Even if graves were marked where soldiers died, the nature of the fighting continually churned up the landscape, often making those graves disappear.

That’s what it’s all about. Remembering what they did.  Names recorded on memorials gives the dead – and their families – recognition for what they’ve done for us.

The Commonwealth War Graves Commission commemorates over 1.7 million members of the Commonwealth forces who died in both world wars. Sailors and airmen, as well as soldiers.

Playing: valerie by the zutons