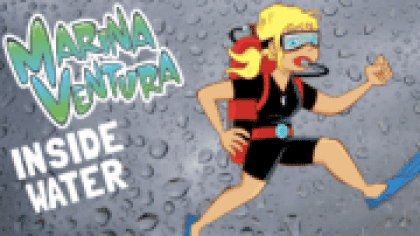 In order to supply homes, schools and offices, water is taken from rivers and underground stores and turned into high-quality drinking water for people to use.

And once you’ve used the water, it gets recycled back into the environment.

This whole process is known as The Water Cycle

Water is heated by the sun and evaporates to become water vapour.

As it’s light, it floats into the air –  just like steam rising from a kettle.

As the water vapour rises into the air, it gradually cools and collects together to form tiny droplets of water through a process called condensation.

Billions of these tiny water droplets crowd together, which creates clouds

When the billions of tiny droplets become too heavy, they fall onto the ground as rain.

Did you know that London actually receives less rainfall than Rome, Istanbul and Dallas and half as much as Sydney?

When rain hits the ground, it flows into rivers, streams and underground stores, also known as ‘aquifers’.

River water is clean enough to support a variety of wildlife, but isn’t safe to drink.

Did you know that 80% of the water we supply to London and the Thames Valley comes from rivers and 20% comes from underground sources called ‘aquifers’?

The water we treat and send to your home, school or office for you to use, is taken from rivers and underground stores.

It’s then put through a treatment process to turn it into top quality drinking water.

Did you know that water samplers and scientists carry out more than half a million tests on our water every year?

Clean water is then pumped into a network of pipes and storage reservoirs.

The water is not seen again until it reaches your tap – this guarantees that the water you drink remains clean and fresh.

Did you know that Thames Water uses a network of  20,000 miles of water pipes, some of which are over 150 years old?

Baths, showers, washing up, cleaning clothes and flushing the toilet all use large amounts of water. Once you have used the water, it turns into ‘wastewater’, which is then collected, transported, treated and returned safely back to the environment.

Did you know that on average each of our homes uses 157 litres of water a day?

The sewage goes into a network of sewer pipes, which take it to a sewage treatment works where it is treated so that it can be put safely back into rivers.

Did you know that Thames Water  has a network of over 43,500 miles of sewers, 2,530 pumping stations and 1.2 million manholes to help take the wastewater to the  sewage treatment works.

The river continues its journey back to the sea where the cycle starts again; where water evaporates to form clouds, condenses to droplets and eventually falls as rain on to the ground.

Playing: how far i'll go (from "moana") by auli'i cravalho

Marina Ventura’s Inside Water – Bag it and Bin it