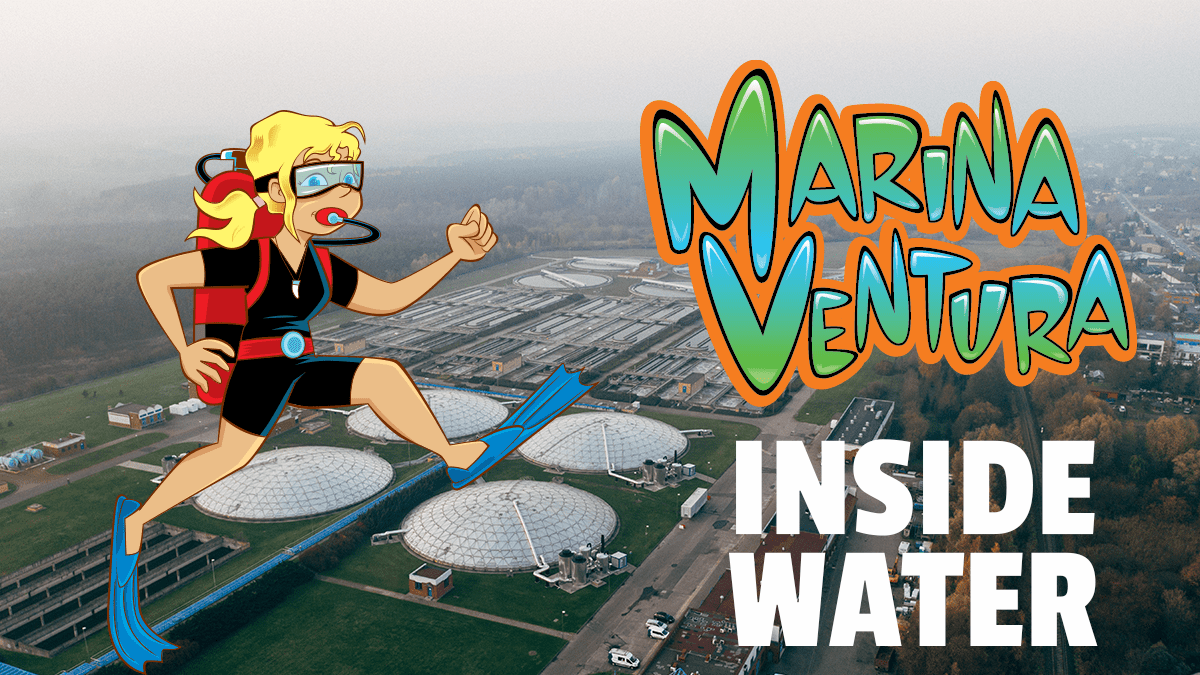 As well as getting safe, clean and reliable water to you, water companies also have to take it away once you have used it. So, when you empty the bath, flush the toilet or use your washing machine, it’s their job to make sure that all that used water – now called ‘sewage’ or ‘wastewater’ – is put safely back into rivers.

In some areas, water companies will also collect the rainwater that runs off roofs, roads and pavements in a separate system, called a surface water sewer.

Surface water goes straight into a river, which is why you must not pour any waste water into surface water drains.  However, in some areas, including central London, surface water and sewage are mixed together, before being treated at our sewage works.

1 Taking the wastewater away

When you flush the toilet or empty the sink, the wastewater goes down the drain and into a pipe, which takes it to a larger sewer pipe under the road.

The sewer then joins a network of other sewers and takes the wastewater to a sewage treatment works – sometimes it needs to be   pumped there.  At the sewage works, the water is put through several cleaning processes so that it can be put back safely into rivers..

Did you know that in London there is a a team of sewer flushers who regularly inspect the large Victorian sewers to ensure that London’s waste keeps moving!

The first stage of cleaning the wastewater is to remove large objects that may block or damage equipment, or be unsightly if allowed back into the river. This includes items that should never have been put down the drain in the first place – such as nappies, face wipes and cotton buds – but often can be things like bricks, bottles and rags!

The wastewater often contains a lot of grit that gets washed into the sewer, so there is special equipment to remove this as well.

Did you know that over 55,000 sewer blockages each year are caused by people putting the wrong things down the drain.  As a result, 7,000 homes and gardens are flooded. The message from the sewer flushers is “Bin it – don’t block it”.

The wastewater still contains organic solid matter – or human waste. The next stage is to separate this from the water, and to do this, wastewater is put into large settlement tanks, which causes the solids to sink to the bottom of the tank. These settled solids are called ‘sludge’.

In a circular tank, large arms, or scrapers, slowly move around the tank and push the sludge towards the centre where it is then pumped away for further treatment.The water passes over a wall near the top of the tank and is taken to the next stage of the treatment process.

Although the visible bits of sludge have been removed, we have to ensure that the smaller and sometimes invisible nasty bugs are also taken out.

Did you know at Thames Water’s 350 sewage treatment works treat 2,800 million litres of sewage every day from 14 million customers.

The treated wastewater is then passed through a final settlement tank, where the good bacteria sink to the bottom. This forms more sludge – some of it is recycled back to the ‘secondary treatment’ stage, and the rest goes to ‘sludge treatment’.

The now clean water passes over a wall near the top of the tank.  Sometimes additional treatment is needed if the river that the treated wastewater will be returned to is particularly sensitive.

The treated wastewater is slowly filtered through a bed of sand, which acts as a filter and catches any remaining particles.

The sludge we collect at the start of the process is then treated and put to good use. Most of it is recycled to agricultural land for farmers to use as fertiliser, but it’s also used to generate energy.  This can be done in three ways:

7 Back to the river

Now the wastewater is clean, it can be returned to local rivers and streams. In some areas, the water put back into the river is very important as it helps to keep them healthy.

The quality of the cleaned wastewater is strictly regulated by the Environment Agency, and is tested to make sure that it meets high-quality standards.

Bag It and Bin It