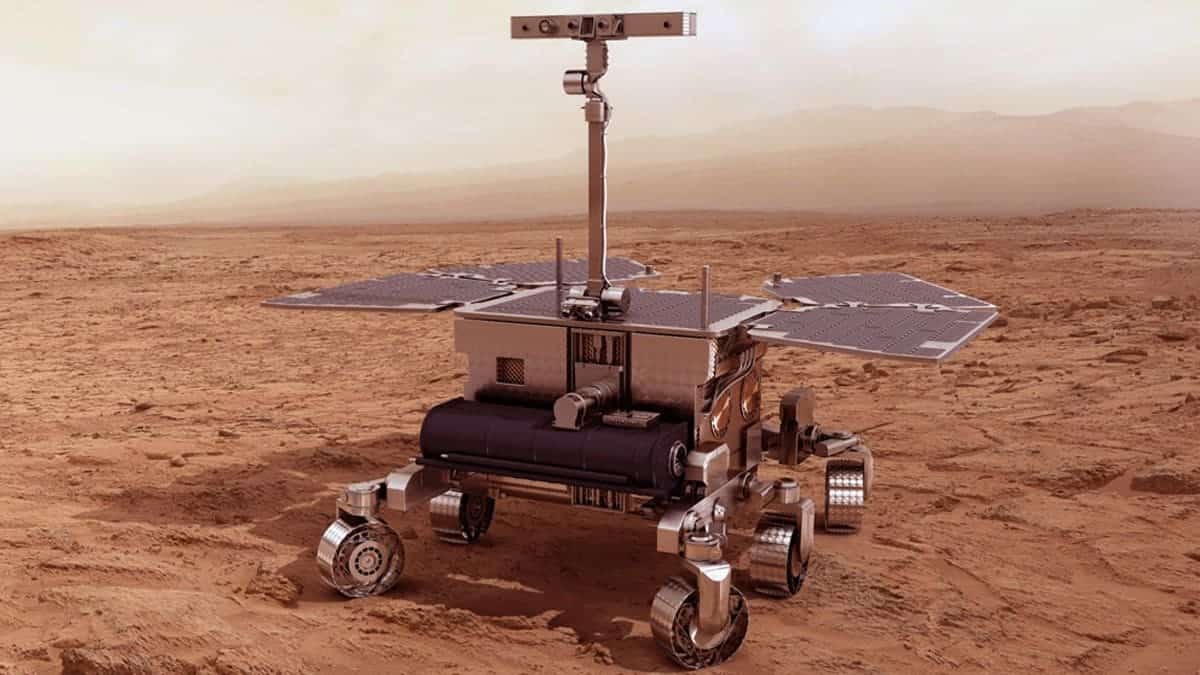 ExoMars is the European Space Agency’s programme to explore the Martian environment.

The ExoMars Rover mission will pioneer new ways to explore the surface of Mars and carry out advanced science, looking for evidence of past or present life.

The success of the scientific experiments depends on the six-wheeled rover vehicle which is designed and built by Airbus Defence and Space in Stevenage.

The ExoMars Rover will find its way over the terrain using autonomous navigation to avoid obstructions rather than relying on direct control signals from Earth, allowing more time for science rather than on navigation.

The rover will be equipped with a drill able to take samples up to two metres below the surface where they are protected from the harsh solar radiation. The samples will be analysed on-board the rover and the results sent to Earth.

A series of prototype rovers has been used since 2007 to thoroughly evaluate the design of the locomotion and navigation systems and to perfect improvements. Each prototype is given a nickname by the development team. First there was Bridget then Bruno and the latest is Bryan.

A successful conclusion to this mission will pave the way for a future ‘Mars sample return mission’ to bring back samples from the planet.

Fun facts about the Mars Rover

You can hear Deep Space High: Destination Mars on Fun Kids Radio or listen to the series below!