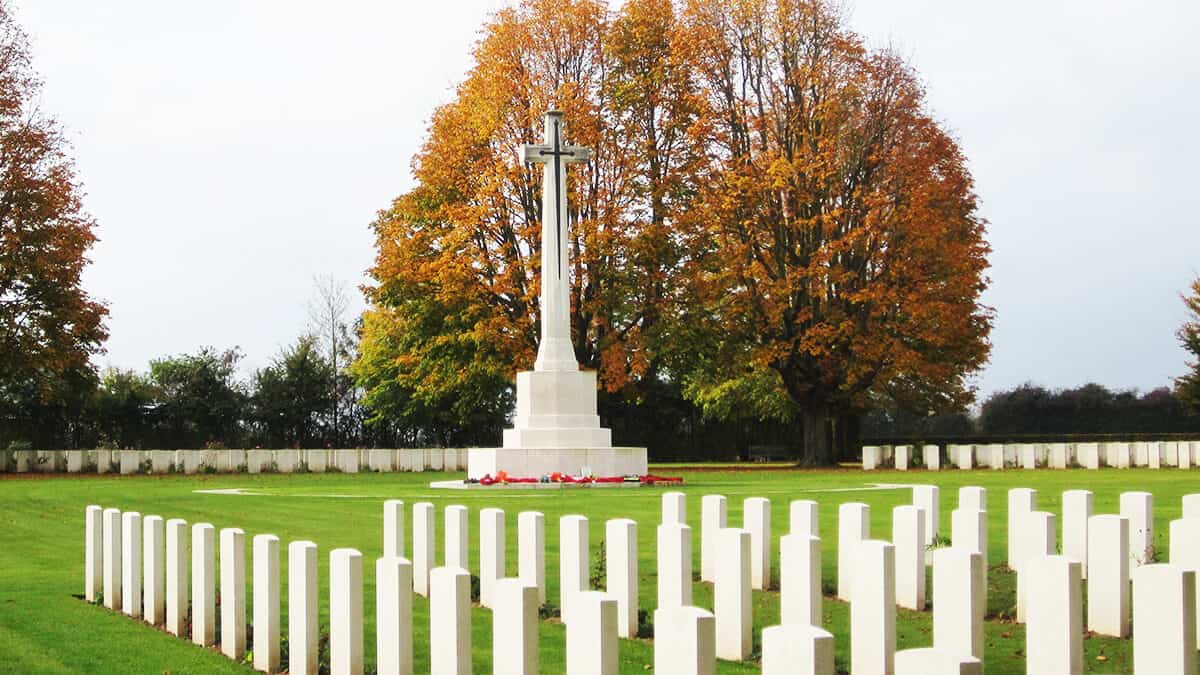 Poppy and Joe find out how countries used to deal with their war dead and how the Imperial War Graves Commission changed all that.

Thousands of young men were killed at the Battle of the Somme in Northern France.

Once out of the trenches, soldiers would have been crossing no-man’s land between our trenches and those of the Germans, dodging gunfire, shrapnel and explosions. Trying to push back the enemy

Before the Great War, soldiers were usually buried in mass graves – no headstones and often nothing to indicate that soldiers were buried there at all!

At the start of the First World War there wasn’t any one in charge of burying the dead but there was a man who has didn’t feel that this was right.

At the start of the Great War, he was in charge of a mobile ambulance unit that picked up the injured and gave them medical treatment.

He believed that if there was some record of fallen soldiers and proper care of graves, well that might comfort relatives at home. And if soldiers knew that their loved ones would find out if anything happened to them – that could help boost their morale.

He helped set up Graves Registration Unit to oversee the registration of deaths and the burial of soldiers.

In 1915, the Unit was incorporated into the British Army as the Graves Registration Commission.  After time, it became known as the Imperial War Graves Commission to reflect the involvement of countries across the British Empire.

The Commission still exists today – looking after the graves of all those soldiers killed in the First World War as well as in the Second World War.  But now it’s known as the Commonwealth War Graves Commission.

The Commission looks after cemeteries, burial plots and memorials in countries all over the world, commemorating the dead from both world wars.

Find out more about Grandpa’s Memory Box with the Commonwealth War Graves Commission.