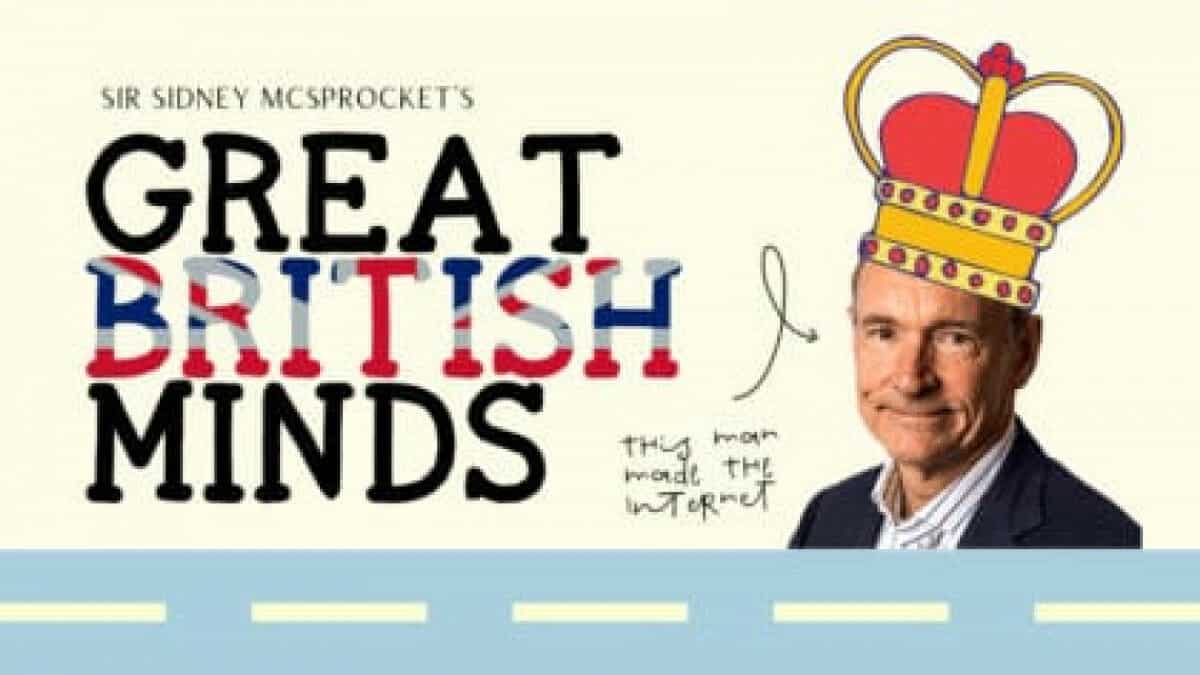 Sir Sidney McSprocket takes us on a journey to meet three Great British Minds who are responsible for the invention of computing and the internet!

You might think computers are a relatively recent invention, but in England in 1822, a fine gentleman called Charles Babbage came up with the very first computational machine – a way of creating mathematical tables without having to use a pen and paper.

This was a great solution because it meant mistakes were fewer.  If we all got the same answer when we worked things out for ourselves by hand, no one would ever have failed a maths test!

He was helped by another mathematician, a lady called Ada Lovelace – or to give her full name – Augusta Ada King, Countess of Lovelace. A very grand name for a very great mind. She wrote the first algorithm for Babbage’s machine, and so she’s said to be the very first computer programmer…

Let’s go back to the 1980s to meet our next Great British Mind – the father of the world wide web – Tim Berners Lee.

Berners Lee worked at busy research lab in Switzerland around 40 years ago. There were so many people working there with so many projects, and computers were constantly having to update their information one by one.  This took a lot time.

Berners Lee, however, came up with a solution. His breakthrough was to develop something called hypertext which meant documents on different computers could communicate.

He went on to join his hypertext system with internet protocol – this was a way for people to move seamlessly between links in documents held in different computers. He even created the first internet browser.

And one of the things that makes Tim Berners Lee TRULY great is that he declined to patent his invention or to require royalties, believing the World Wide Web should be freely available!

Sidney McSprocket’s How’s it Made, with support from the Royal Commission for the Exhibition 1851.