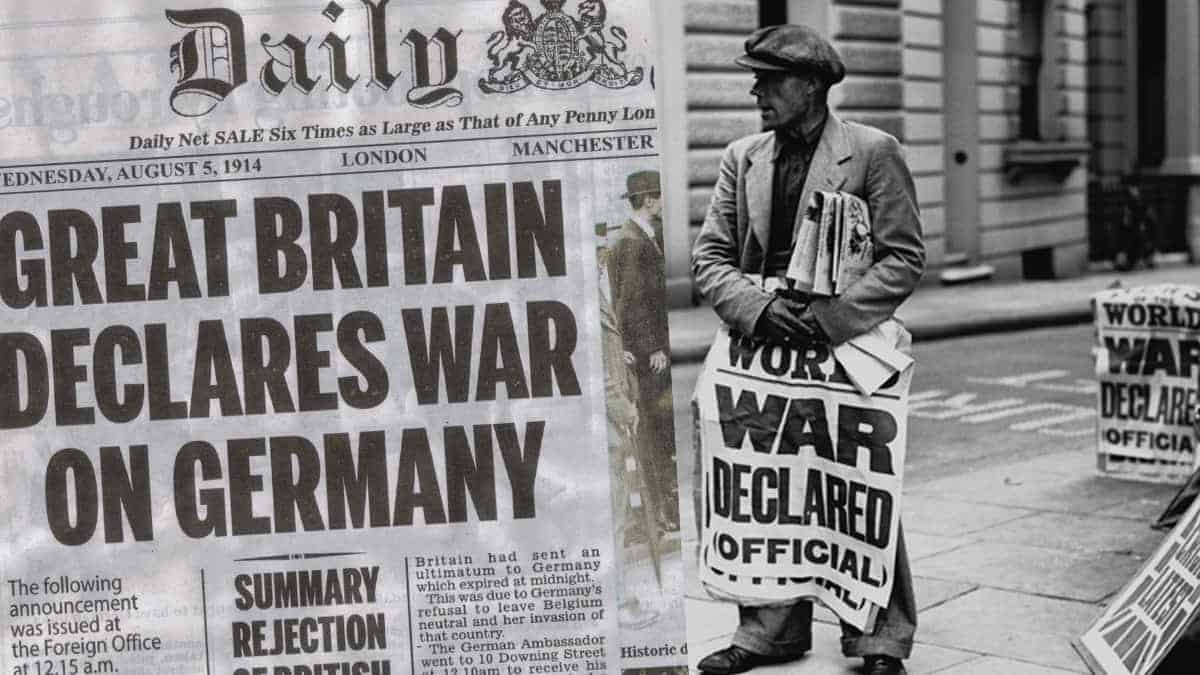 The United Kingdom declared war on Germany because they invaded Belgium which had been neutral until that moment.

There wasn’t TV back then so people in Britain opened their newspapers on the morning of August 4th and found out war had begun.

The story was front page news with headlines like “Great Britain Declares War on Germany” and more simply, “War!” – but a few days prior, it was just a footnote…

World War One became known as ‘The Great War’ because it affected people all over the world and was the biggest war in history.

When soldiers went off to war they left young children and women behind.

You can find out how Londoners lived, what children learnt at school, and what people did for entertainment in our video series, The Great War.

The war ended at 11am on the eleventh day of the eleventh month, in 1918. Germany signed something called an armistice which is an agreement for peace and no more fighting.

In 1918, Germany realised it was no longer possible to win the war. The leaders of the German army told the German government to end the fighting.

People in Britain, France, and all of the countries that supported them, celebrated the end of war.