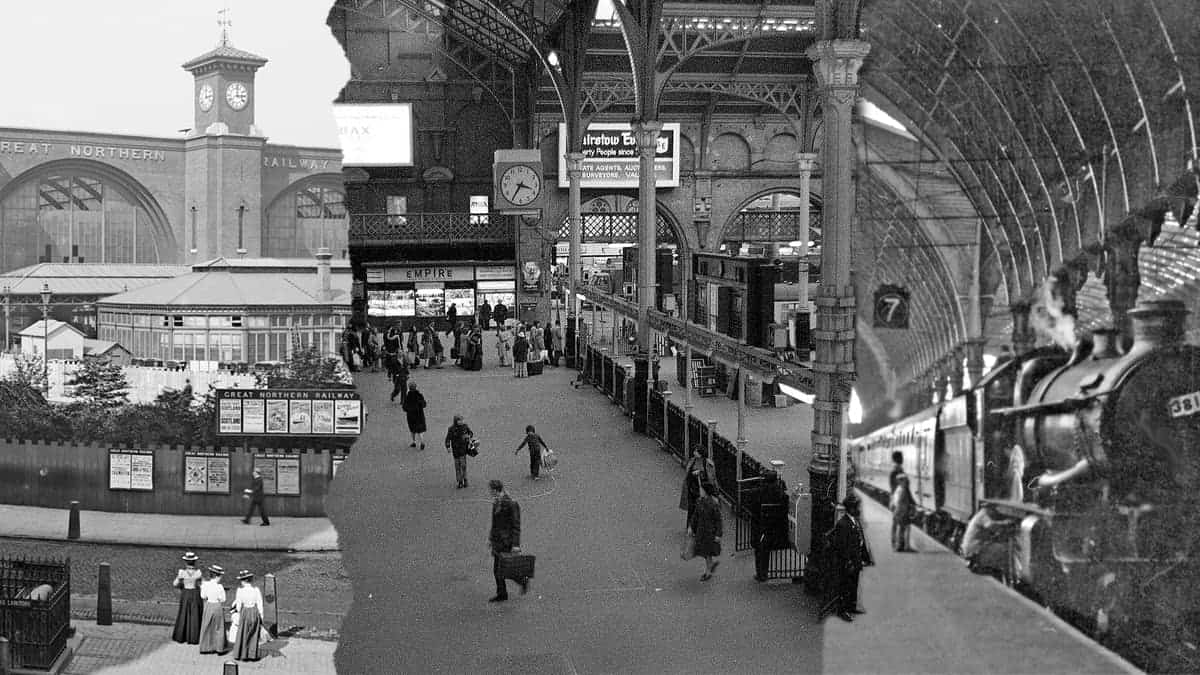 The development of the railways reshaped Britain and reinforced the importance and dominance of London.

All major railways had operations in London by 1850 and they wanted status and fashionable London stations at the end of their lines!

By 1846, 19 companies had plans to build terminal stations in central London.

The Government set up a Royal Commission – basically a big meeting – to consider how to stop London being swamped by loads and loads of railway development.

They advised that railways should be kept out of central London, which resulted in the largest stations – Victoria, London Paddington, Euston, St Pancras and King’s Cross – forming a ring around the centre.

Those lines became ‘terminus’ points – places where trains had to stop – also known as the end of the line.

Nowadays these are connected by the Circle Line on the London Underground!

Companies, with lines approaching London from the south, built their terminals where they could buy land.

Charing Cross, the most central mainline station, was built on a medieval market place and Waterloo on a marsh.

These terminal stations were places of innovation and luxury; designed to impress and promote the companies.

Often they were built in Italianate, classical, Arabic, or Gothic architectural styles.

The terminus’s were busy places!

The Midland Railway terminal at St Pancras handled 800,000 tonnes of coal a year, milk from Derbyshire and fish from the East Coast, as well as three special trains of beer from Burton upon Trent, daily.

The story continues today, with millions of people using the London terminus stations each and every year!

Britain’s Digital Railways, in association with the Royal Academy of Engineering

Playing: stuck in the friendzone by maro