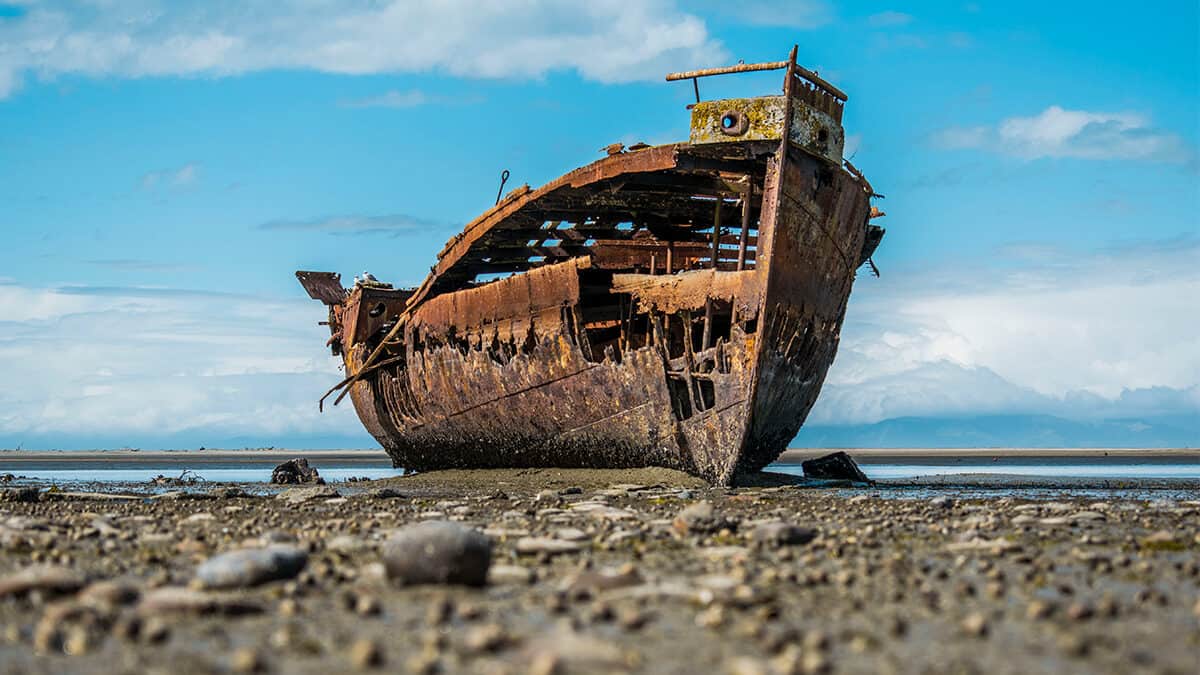 Instead of taking the best bits of existing ships, this time we’re building a ship entirely from scratch and thinking about how this ship will be awesome in the future, let’s think about how we will be powering this ship in an energy efficient way.

Big cruise ships are powered by large diesel engines that burn a high sulphur fuel oil that is also known as bunker oil. These create many dangerous fumes that are bad for the environment and can cause climate change.

There are two types of energy used to power boats and ships. Fossil Fuels like coal and oil which will one day run out in the world and using them isn’t great for the environment. Ships currently contribute to 3.5 – 4% of all climate change emissions.

The shipping industry has begun to seriously look at ways to reduce fossil fuel consumption and operate in a more environmentally friendly way. Green Shipping or Sustainable Shipping is now a very important issue for ship owners, shipping lines and ship builders all over the world.

There are many ways we can make a boat environmentally-friendly. It could have a giant wind turbine like a mast in the centre of the boat. Solar panels could also help the battery recharge when the boat is not in use and reduce fuel consumption.

Solar power is a cheap way to save fuel on pleasure boats, ferries and tourist vessels. However on large ships the amount of fuel saved through the use of solar power alone is relatively small.

The world’s largest solar powered ship named ‘Turanor’ is a massive 100 ton catamaran (which means it has two parallel hulls on either side), which motored around the world without using any fuel and is currently being used as a research vessel.

Perhaps rather than having a ship with rigid sails or a ship with solar panels a better approach would be to design a system that could tap into the power of the wind and sun together.

The top ways that energy could be be used in the ships of the future.

So in our Ultimate Ship of the future, we’re going to build it from the carbon nano tubes called Bucky Paper, and power it using a combination of solar and wind energy.

Playing: rather be by clean bandit