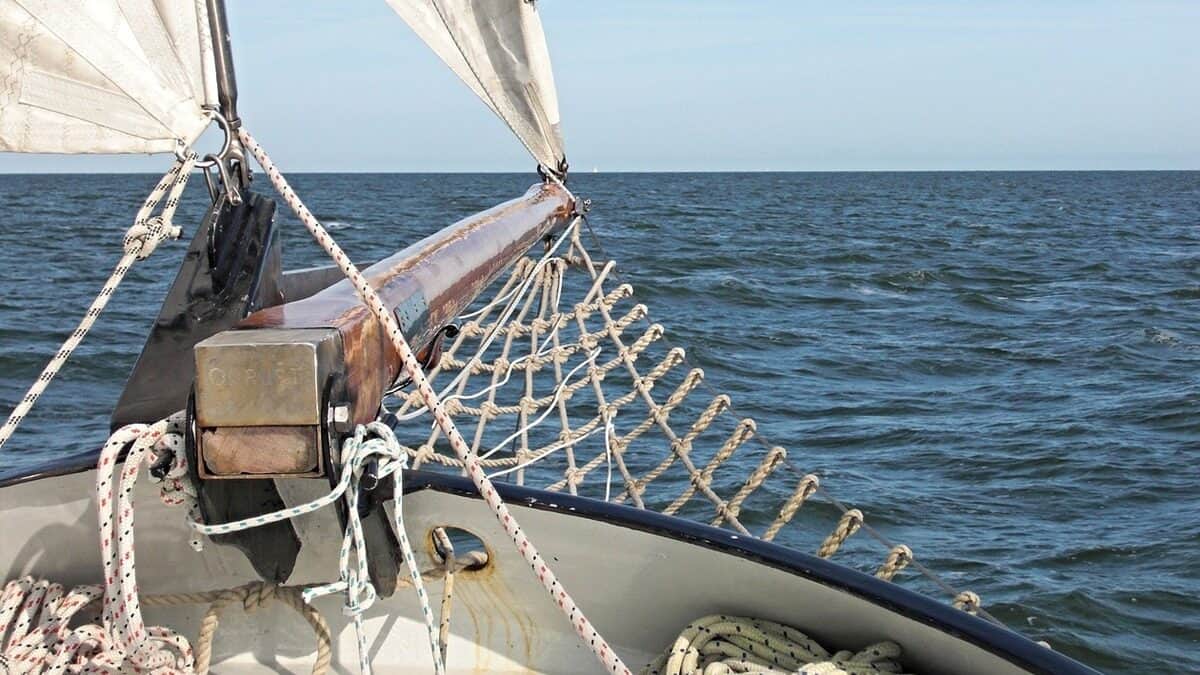 Sean and Robot have been learning about the science behind sails – and there’s more to them than meets the eye!

To go forward, a sailor turns the boat so that it’s at an angle to the wind and as the wind fills the sail, it creates a shape called an aerofoil – that means it’s also like a wing. By cleverly moving the sails and the keel, they can work with the wind to go in the direction they want. Quite often this has to be in a zig zag path to catch the wind in the right way to keep the aerofoil shape on the sail.

Big ships are just like small dinghy’s – multi-masted ships still form and position their sails into an aerofoil shape, they still rely on the keel’s counter force, they just don’t get the same results as today’s modern sailboats.

Whilst Ancient mariners had a basic working knowledge of how wind powered their ship and how to position their sail and their ship to best take advantage of it, but they didn’t understand the physics of an aerofoil and how it works.