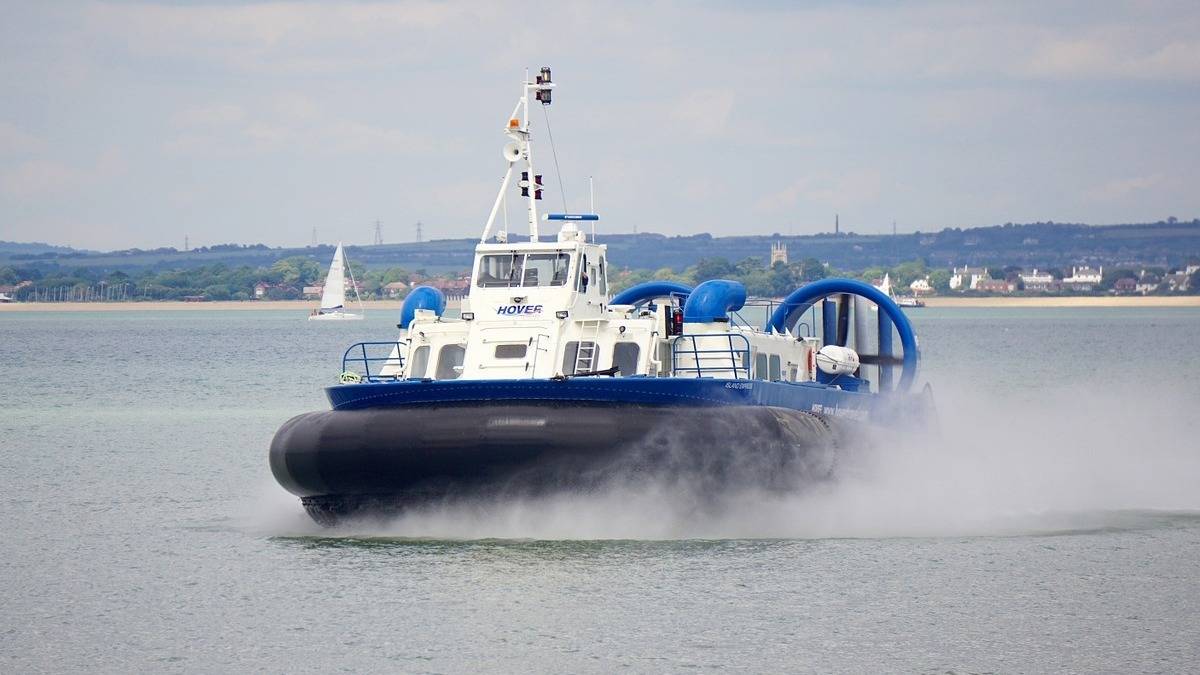 Sean and Robot have been checking out the hovercraft – a vessel that is part boat part aeroplane and part helicopter!

Hovercraft are one part boat, one part airplane and one part helicopter. It traps a cushion of air underneath itself and then floats along on top of it. This air cushion holds it high above waves and land obstructions, meaning it can travel on land or water.

Hovercraft are on top of the water than in it, so don’t get affected so much by drag. Drag is the resistance that ships face as they push through water. And drag means that speeds tend to be quite low because it takes a lot of power to do all that pushing. Big passenger ferries can’t go much more than 30 miles an hour. But hovercraft aren’t in the water – they’re on it. That means no drag, so they use less fuel. Commercial hovercrafts can get up to 35 miles an hour, whilst small one man hovercrafts can do 70 miles an hour!

And because hovercraft doesn’t have to go into the water, they can travel to places that normal boats find tricky – like swamps and icy glaciers.

There’s an engine which powers a big fan pointing downwards – and fans pointing backwards. The one pointing down creates the lift to hold it above the waves, the others help it to steer. The air is held in place by a rubber skirt. The cushion of air is called a plenum. Sometimes the skirt is made in sections which overlap which help stop air from escaping.

On the downside, hovercraft are pretty noisy. And if you’re on board there can be vibrations too from the fan which might make the journey kind of uncomfortable.

And whilst they might be ok when the sea is calm, on choppy waters, they can’t keep the cushion of air in place and so it isn’t safe to sail. They can’t cope with large waves on water or slopes on land.