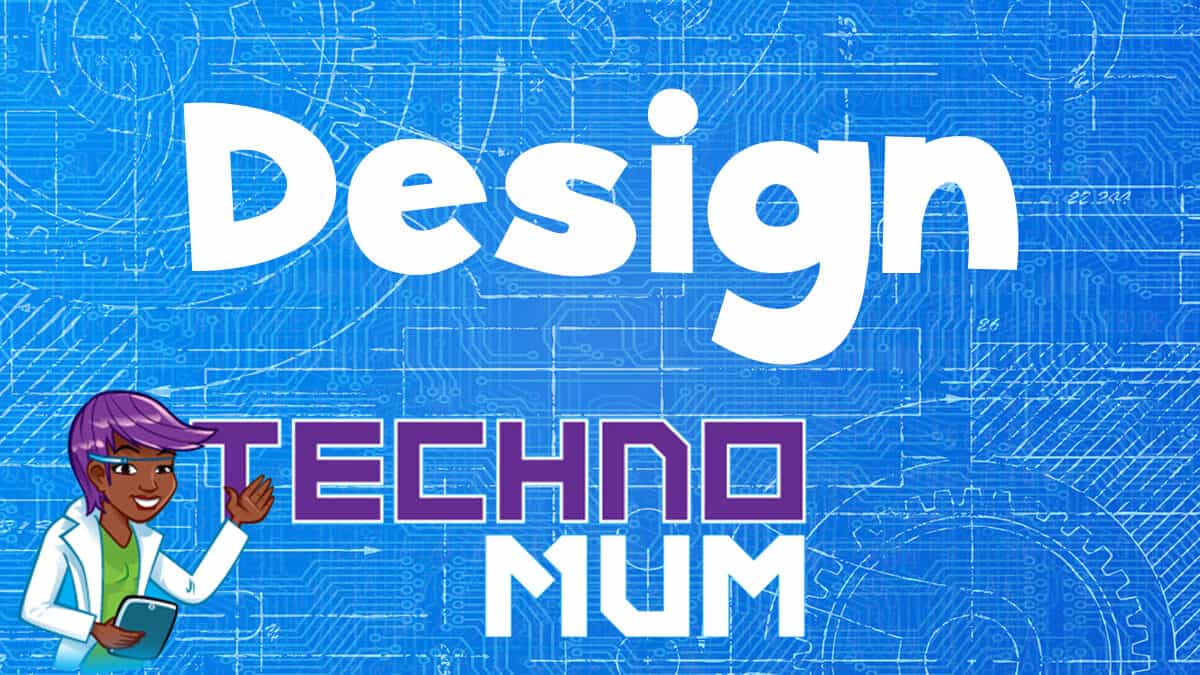 Techno Mum is taking part in an exciting new quiz show which is testing her knowledge about how some of the coolest new tech discoveries came about – in this episode the topic is DESIGN.

Why is design important in technology?

Anything that’s engineered – whether it’s a space age mattress or a smart watch – they all have a job to do.

Design helps ensure that products do their job in the most efficient way, as well as look and feel nice.

If you pick up a tablet computer, chances are you’ll know how to use it without being shown.

You’re not a genius – or you might be but that’s not the reason why – designers have worked hard to make these gadgets super easy to use – from the choices of buttons to click to its colour and weight.

Making gadgets feel nice in your hand or look attractive means that more people will want to use them.  Design is super creative!

Example of some dazzling design:

It looks just like a bit of flat cardboard – but when used with a smartphone and a clever app, the cardboard can be folded into a personal VR viewer.  How amazing is that?

Computer game designers – who wouldn’t want to do that!  Making the game look exciting so people want to join in.

It’s not just games that need designing – what about the devices?  Designers have to think about the responsiveness of the screen, as well as its size, weight and how much power it uses.

If you like games in the real world what about a rollercoaster designer!  Just think you could invent a ride that’s bigger… higher… scarier… than any rollercoaster that’s ever been made before!

Here’s an AMAZING job – some people are medical engineering designers – they create actual body parts out of human tissue.

You’d definitely want a good designer in charge of something like that!  Imagine if they made you a new ear that was all big and floppy.  Your glasses would fall off.

Tune in to hear Techno Mum’s Tech Trivia in The Club with Bex, every day at 5pm!

Techno Mum’s Tech Trivia – with the Institution of Engineering Technology!

Playing: good to be bad by descendants 3 cast