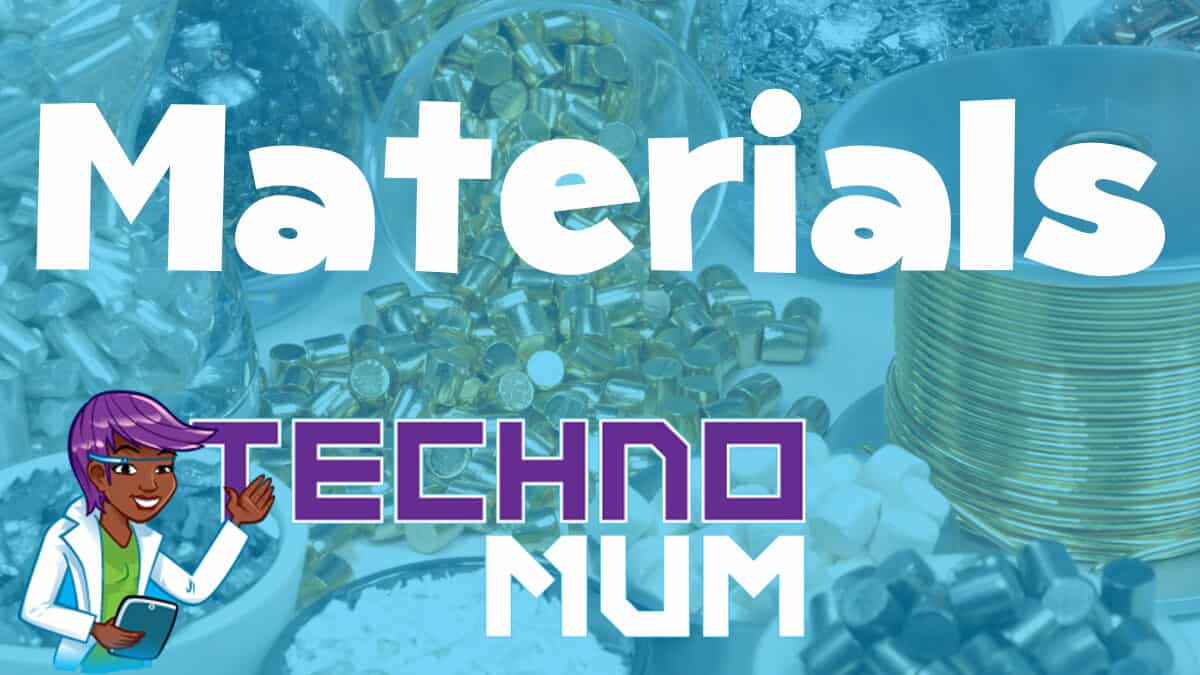 Techno Mum is taking part in an exciting new quiz show which is testing her knowledge about how some of the coolest new tech discoveries came about – in this episode the topic is MATERIALS.

Why is the choice of materials important?

Engineered products have a job to do.  How well they do the job will depend, in part, on the materials used.

You wouldn’t want a hammer made out of wool or a cushion out of rocks!  Choosing the right material is an important part of the engineering process.

It’s not quite as simple as just picking out a material that would do the perfect job.

Some materials might take a long time to be made or might be very expensive.  Maybe the ideal material is so rare there just isn’t enough to make enough of the products you need.

The clever thing about engineering is that it is sometimes possible to design brand new materials or improve on what’s out there.

Material engineers use chemistry, biology and other types of science to create lighter, cheaper and stronger substances than the choices already available.

A cool innovation that engineers have made with new materials:

There’s graphene – that’s a form of carbon that’s stronger than steel  and a graphene aerogel that is seven times lighter than air that can soak up over 900 times its own weight.

Now that would be super useful for things like soaking up oil spills.

Scientists have also created an artificial silk by finding the gene in spider webs and creating it in the laboratory.

The silk can be produced much more quickly than the natural type and is much stronger.

Another one is a scarily mega strong glue.  It doesn’t just stick the surfaces of things together, it sticks their molecules together.

It’s SO strong that when it was being tested, the machine broke before the glue gave up!

A job where you might need to think about materials:

Why not be a Carbon Fibre Engineer?

Vehicles of all kinds – from bikes to cars to planes – can all be made with some form of carbon fibre – that’s a light flexible and tough material.

Being light is especially important when you want to go fast because the heavier something is, the more fuel it will take to move it – and fuel costs money.

Carbon Fibre fabricators take designs and make them real.  It’s even being used to create planes to take people into space.

Tune in to hear Techno Mum’s Tech Trivia in The Club with Bex, every day at 5pm!

Techno Mum’s Tech Trivia – with the Institution of Engineering Technology!