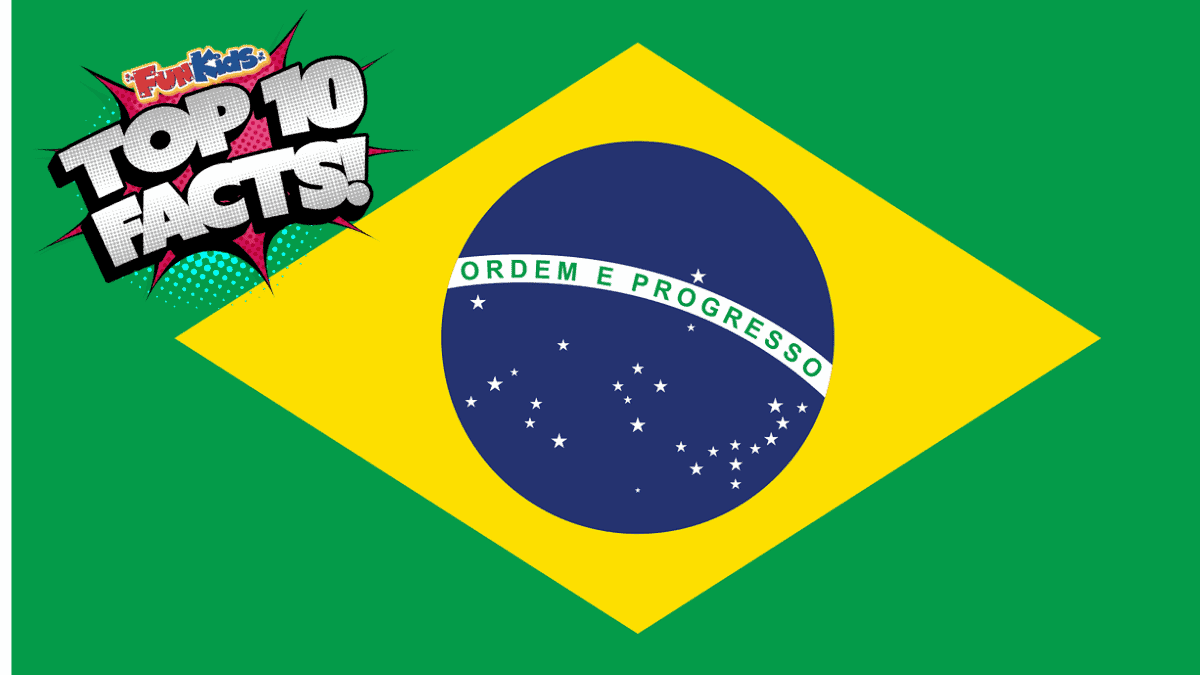 1. Brazil is the largest country in South America

Brazil is the world’s fifth-largest country and has the sixth most people living there of any country in the world.

Over 211 million people live in Brazil.

The reason Brazil has 4 time zones is because it is so big there is a big difference in when the sun sets across the country.

3. The Capital City is Brasilia

Lots of people think Rio de Janeiro is the Capital but it’s actually Brasilia. Other big cities include Sao Paulo, Salvador and Fortaleza.

4. Around 60% of the Amazon Rainforest is in Brazil

Most of the Amazon rainforest is in Brazil. The rainforest is full of animals and sometimes called ‘the lungs of the Earth’ because all the trees pump out oxygen which help combat climate change.

Unfortunately Brazilian rainforest is being cut and burnt down to graze cattle and grow palm oil. This is making climate change worse. You can find out more about what is causing climate change and how we can stop it here.

The official language of Brazil is Portuguese. To say hello you say ‘Olá’.

It is the only country in South America that speaks Portuguese – other South American countries mainly speak Spanish.

6. Brazil is home to the 2nd longest river in the world

The Amazon river flows through Brazil and is the 2nd longest river in the world (the Nile is the longest).

It is home to lots of animals including the Amazon river dolphin, electric eel and the green anaconda snake.

7. The Brazilian flag has 27 stars on it

The Brazilian flag is green with a yellow diamond in the center filled with a blue globe.

In the blue globe are 27 stars and a white banner with the country’s slogan, ‘Ordem e Progresso’, which means Order and Progress.

8. One of the most popular things to eat is feijoada

It is made from black beans, pork and beef stewed together.

Brazilians are crazy about football!

Brazil has won the FIFA World Cup finals five times, more than any other nation.

They have produced some of the worlds best football players including Pelé, Ronaldinho and Neymar.

10. Brazil has the biggest carnival in the world