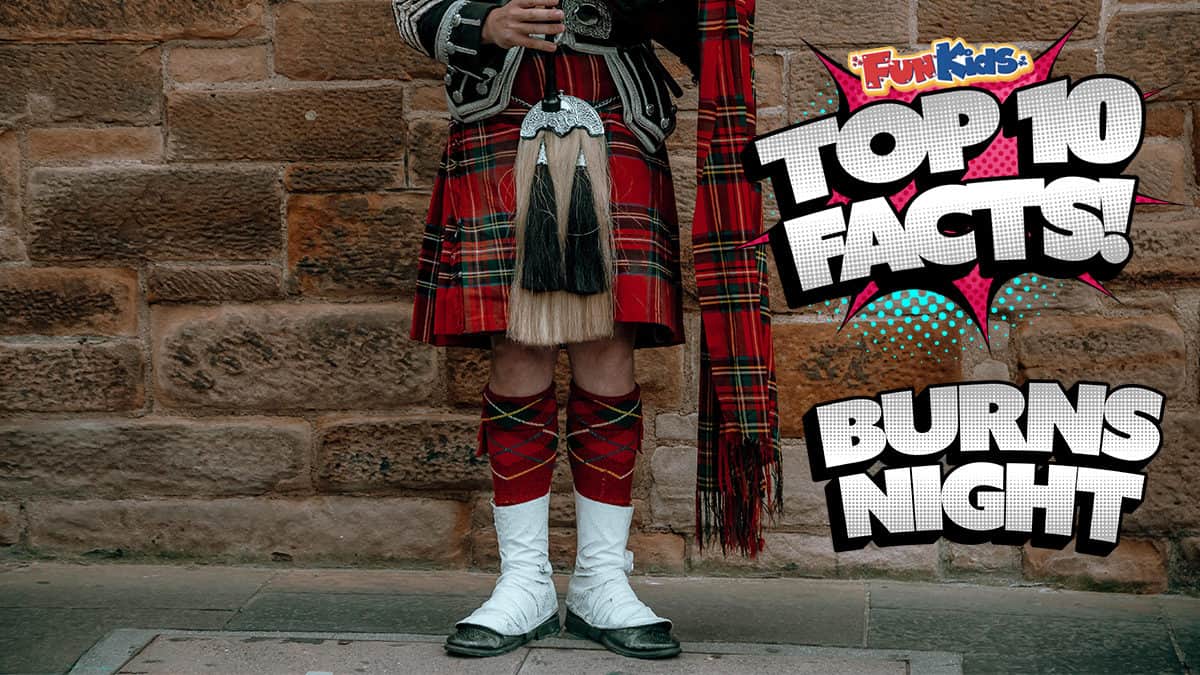 Burns Night is celebrated every year in Scotland.

2. Burns Night is celebrated because of a famous poet called Robert Burns.

It is celebrated because of a famous Scottish poet and song writer called Robert Burns.

In Scotland they use this day to commemorate him.

Burns Night is celebrated on this day because it was Robert Burns’ birthday.

However, one of his most popular songs is Auld Lang Syne.

It’s the song that is sung at New Years by people from all over the world!

Some of his other famous works are ‘Address to a Haggis’, ‘A Red, Red Rose’ and ‘To a Mouse’.

5. Poems are recited on Burns Night.

During Burns Night, Robert Burns’ poems will get read out.

Often, before they eat their Burns Supper, ‘Address To A Haggis’ will be recited.

6. The instrument of choice is traditional Scottish bagpipes.

The most traditional Scottish music comes from bagpipes!

They are very loud!

Bagpipes have a bag which holds the air that is blown into them through a pipe.

The bag is then pressed and the sound will come out!

7. A traditional Scottish meal, known as Burns Supper, is eaten.

The traditional Scottish meal that is eaten on Burns night is known as Burns Supper.

The traditional food includes haggis, turnips (which are called neeps) and mashed potatoes which are known as “tatties”!

8. Haggis has ingredients in it that you might not expect!

Haggis is the most famous traditional Scottish food.

It consists of things you might not expect though!

Sheep liver, heart and lung are the main ingredients.

Plus oatmeal, onions, suet, seasoning and spices are also mixed in.

They are knee length skirts and are tartan.

These are usually worn at formal occasions such as a wedding, but some people do wear them every day.

Burns Night is also the perfect occasion to wear one.

However, his memory will always live on!

Take the quiz below!

Playing: high hopes by panic! at the disco