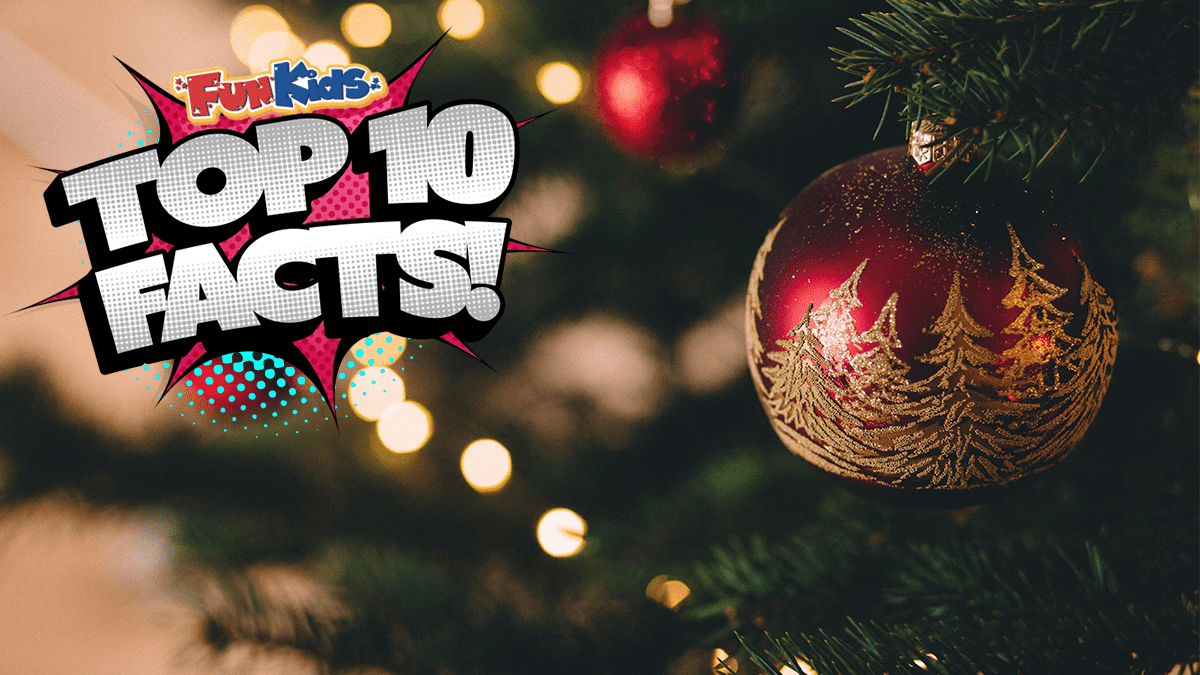 1. Christmas is celebrated on 25th December each year.

Christmas is celebrated on 25th December every year.

It is celebrated on this day as it is a Christian Festival and they believe that this was the day that Jesus was born.

The first ever recorded date of Christmas being celebrated on 25th December was in 336AD!

Now, we all know that Father Christmas loves the colour red.

His hat, trousers… in fact, everything is red!

Did you know that years ago… he originally used to wear green?

You’ve got to switch it up sometimes!

How is the sleigh navigated?

Father Christmas has a total of nine reindeer who help him deliver presents to children all over the world.

They really like carrots so make sure you leave some out for them as they will need the energy.

Reindeer help the sleigh to fly high in the sky.

In 1848 he put up a Christmas tree at Windsor Castle.

Ever since it has become a tradition!

Who puts the fairy on top of your tree?

We always love a Christmas cracker during our Christmas dinner!

Especially if we win and get a toy!

Did you know that a man called Tom Smith actually invented them?

Tom Smith lived in London and made wedding cakes and sweets.

He visited Paris and discovered a sugared almond called a ‘bon bon’ which was wrapped in tissue paper.

This gave him the idea for crackers!

6. There are lots of elves who help Father Christmas before the big day.

Father Christmas wouldn’t be able to make all of the presents without any help.

He has lots of friendly elves who are really good at making things.

They work tirelessly throughout the year to make presents for all of the children on the good list.

This isn’t their only job though. They also look after the reindeer!

What’s so special about the elves?

Imagine not being able to celebrate Christmas? That seems like a crime in itself!

Between 1647 and 1660 Christmas was banned and was changed to a day of fasting.

It was banned because Oliver Cromwell believed that because it was a religious day, it should be taken seriously with no parties!

8. The first Christmas card was created in 1843 by Sir Henry Cole.

Christmas cards haven’t always been around.

We now hand them out to our friends and family all thanks to Sir Henry Cole.

He had the first ever Christmas card designed.

Although at the time it wasn’t very popular, it has definitely taken off now!

The word ‘Christmas’ comes from the words ‘Christ’ and ‘mass’.

However, it was originally ‘Cristes maesse’ which is old English.

Christmas is often shortened to ‘Xmas’. This is because X is the symbol for ‘chi’ in the Greek alphabet.

‘Chi’ is the first letter in the Greek word for ‘Christ’.

10. Christmas pudding used to be a thick soup!

Did you know that Christmas pudding wasn’t always like a cake?

It was originally made in the 14th century and was more like a soup and was known as “frumenty”.

It was made from beef and mutton with currants, prunes, raisins, wines and spices.