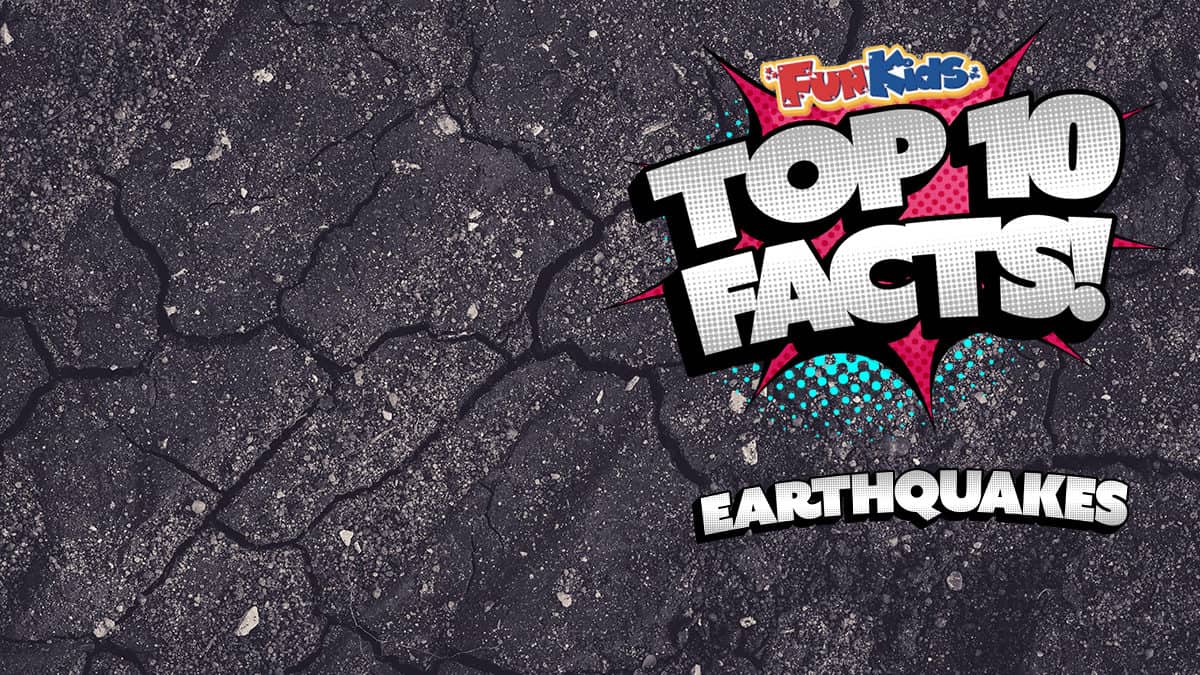 1. Earthquakes usually happen on the edge of tectonic plates.

Earthquakes are more common in certain countries due them being on the edge of tectonic plates.

Tectonic plates are the outer layer of the Earth.

They are made of rock and are constantly moving.

Find out what the planet is made from!

2. Earthquakes occur when the plates get stuck but keep trying to move!

The tectonic plates are constantly moving but sometimes they get stuck.

When they get stuck, pressure builds up and the plates will suddenly move.

This causes an earthquake!

Find out more about tectonic plates

Foreshocks can sometimes occur before a big earthquake.

It can be one or more small earthquakes which happen in the lead up to a bigger one, which is known as the main shock.

Scientists can often use these to predict big earthquakes.

4. After an earthquake aftershocks are likely to happen.

After a big earthquake, aftershocks will often happen.

An aftershock is one or more small earthquakes after the main one has occurred.

This is because of the Earth’s crust adjusting to the effect of the main earthquake.

They can be very dangerous as buildings might already have damage to them from the large earthquake and so it can often cause them to fall.

5. The shockwaves that travel through the ground are called seismic waves.

The shockwaves that travel through the ground are called seismic waves.

They are very strong at the centre of the earthquake.

The waves travel to the surface and this is when the ground shakes and destruction happens.

6. Scientists use the Moment Magnitude scale to measure how strong an earthquake is.

Scientists use something called the Moment Magnitude scale to measure how strong an earthquake is.

This scale measures the energy that is released by the earthquake which makes it very accurate.

In the past, scientists used something called the Richter scale which measured the size of the seismic waves.

However, this wasn’t as accurate as it could have been.

7. The place where an earthquake starts is called the hypocentre.

An earthquake has to start somewhere!

The place where an earthquake starts is called the hypocentre.

It is always under ground, below the Earth’s surface.

8. The ground above where an earthquake starts is called the epicentre.

The epicentre of an earthquake is on the ground directly above the hypocentre.

The difference between them is the hypocentre is under the ground and the epicentre is above the ground.

This is where the earthquake starts.

9. The strongest ever earthquake was in Chile, in the year 1960.

The strongest ever earthquake happened in Chile on 22nd May, 1960.

It was a 9.5 on the Moment magnitude scale which is very, very high.

The earthquake lasted for 10 whole minutes.

10. Japan is the country where most earthquakes occur.

The most recorded earthquakes happen in Japan.

This is because Japan is within something known as ‘The Pacific Ring of Fire’.

This is on the edge of the Pacific Ocean and is where there is a tectonic plate edge.

Other countries that are affected are Philippines, United States, Chile and more.

Due to this, they suffer more earthquakes than some other countries, like the UK for example.