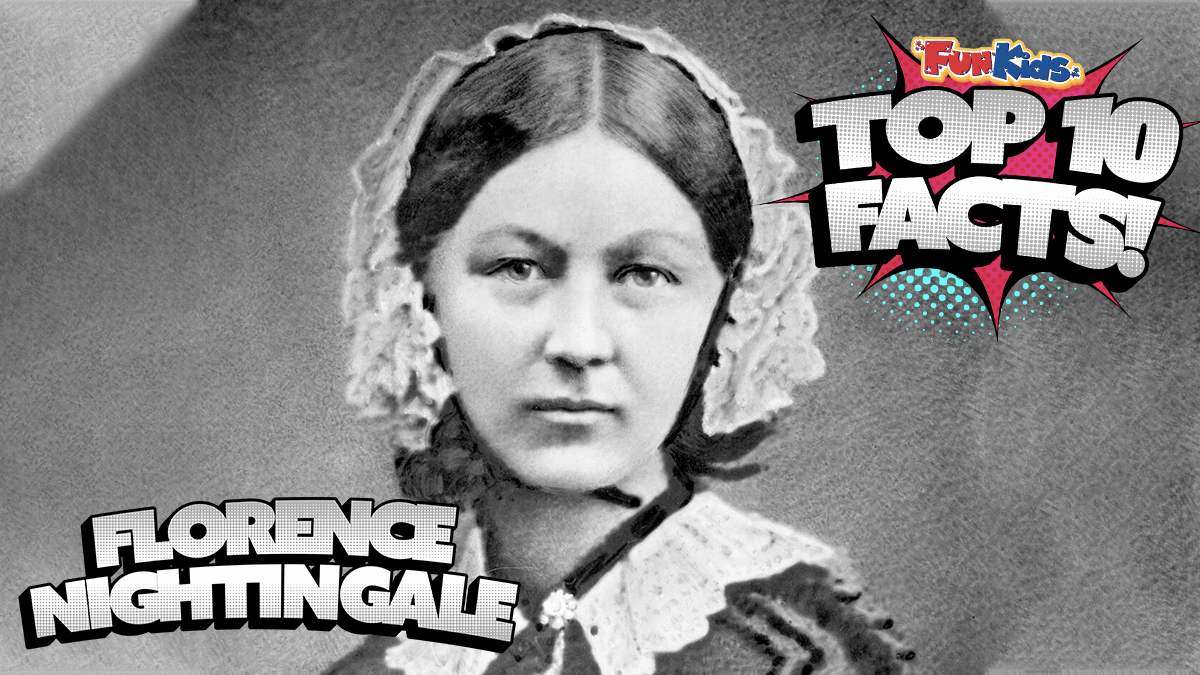 Florence Nightingale was a nurse and became very well known after she made sure the nurses and hospitals were up to the correct standard.

2. Florence was born in Italy.

Florence Nightingale was born… you guessed it… in Florence, Italy.

Her parents were on their extended honeymoon there.

She then grew up in Derbyshire and Hampshire in England.

3. Florence was lucky to get an education.

Back then, girls weren’t expected to have a good education.

However, her Father thought it was important and so she was very well educated.

He was the one who taught her subjects like English, Maths and Science!

4. She trained up other nurses.

Florence trained nurses and wrote books to make sure that all nurses had the knowledge to be successful.

One of her most well-known books is ‘Notes on Nursing: What It Is, and What It Is Not’.

5. Hospitals became cleaner thanks to Florence.

Florence made sure that hospitals were kept clean to stop the spread off illnesses.

A lot more patients recovered because of the better care that they received.

Hygiene is very important in places where viruses can be passed.

What happens inside a hospital?

6. The Royal Red Cross Medal was awarded to Florence.

She was the first person to ever be awarded this!

7. Florence helped in the Crimean War.

Florence Nightingale helped in the Crimean War by bringing over volunteer nurses to look after British injured soldiers.

She worked in the Scutari Hospital in Turkey.

8. Her nickname was ‘Lady with the Lamp’.

Florence Nightingale had the nickname of ‘Lady with the Lamp’.

This was because she would check on patients throughout the night with a little light!

You can see her with the lamp below…

9. Florence’s birthday was on 12th May along with International Nurses Day!

It’s a day where we celebrate nurses from across the world for all they do.

This day is also Florence’s birthday which is why it is celebrated on this day.

Sadly for the last 40 years of Florence’s life, she was very ill.

She had to spend a lot of the time in bed.

Three years before she was the first woman to be awarded the Order of Merit for her amazing work.