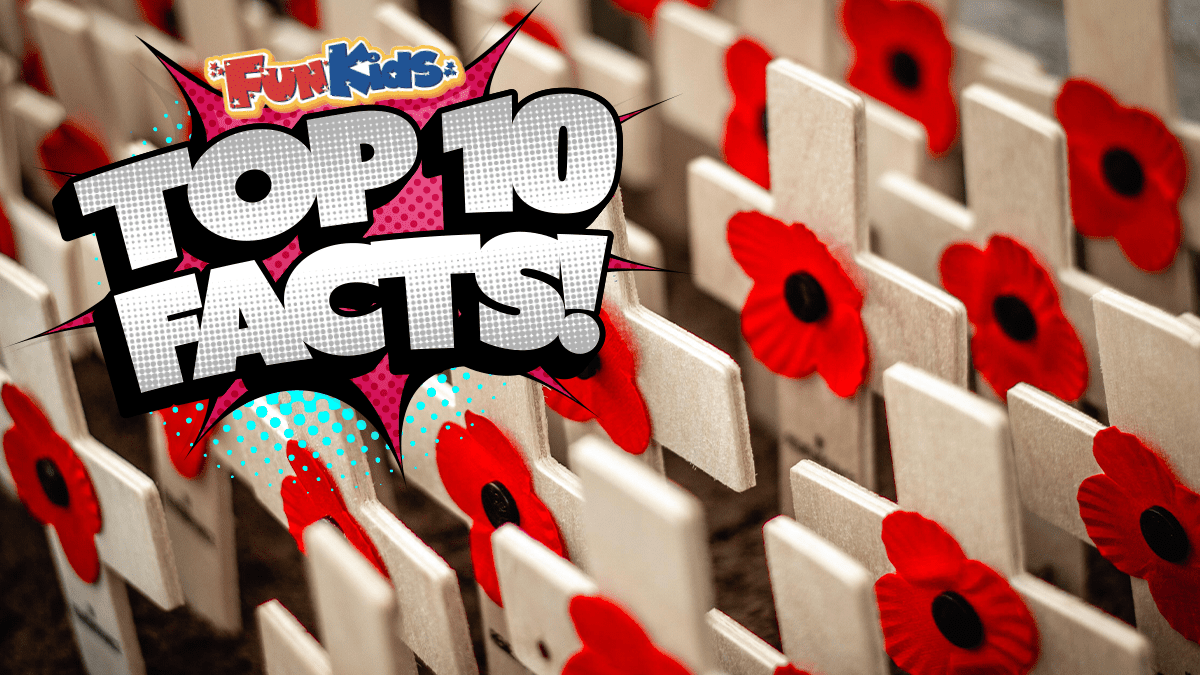 1. Remembrance Day is celebrated to remember all of the people who died in World War I.

Since then Remembrance Day is a day to remember all of the people who died in the war.

It is celebrated in other countries too like Australia and Canada.

We use the day to reflect and raise money for the armed forces.

Read all about World War I here!

2. It falls on 11th November every year.

This is because it is the day when World War 1 ended.

3. Poppies are a symbol of Remembrance Day.

Around Remembrance Day you will see lots of poppies!

This is because they are a symbol of World War I.

A lot of the battles had poppies nearby.

There was also a soldier called John McCrae who wrote a poem called ‘In Flanders Fields’ which was inspired by the poppies.

We even have one on Fun Kids!

It is a time to reflect on all the people who died for us in the war.

That’s why the two minute silence is held at 11am.

6. The Cenotaph is a war memorial in London.

The Cenotaph is a war memorial on Whitehall, in London.

It is also where the annual National Service of Remembrance is held.

The Royal Family will attend along with other very important people like politicians.

Wreaths of poppies are also put on it.

Find out more about The Cenotaph here!

7. Remembrance day used to be known as Armistice Day.

An Armistice was signed to end the war. This is when both sides agree to stop fighting.

However, after World War II, it changed to Remembrance Day.

Read all about The Armistice Agreement here!

In 1919 King George V decided that we would have a 2 minute silence on Armistice Day.

This was after a politician suggested it.

It has stuck ever since!

9. Paper poppies are sold to raise money for the armed forces.

You will see lots of paper poppies around Remembrance Day.

They are sold by the Royal British Legion to raise money for people in the armed forces today.

You will see lots of people wearing them including newsreaders, the Royal Family and even your friends!

However, the Sunday before is always known as Remembrance Sunday.

On Remembrance Sunday the national memorial ceremony is held in London.

Often the Royal Family and politicians attend to show their respects.