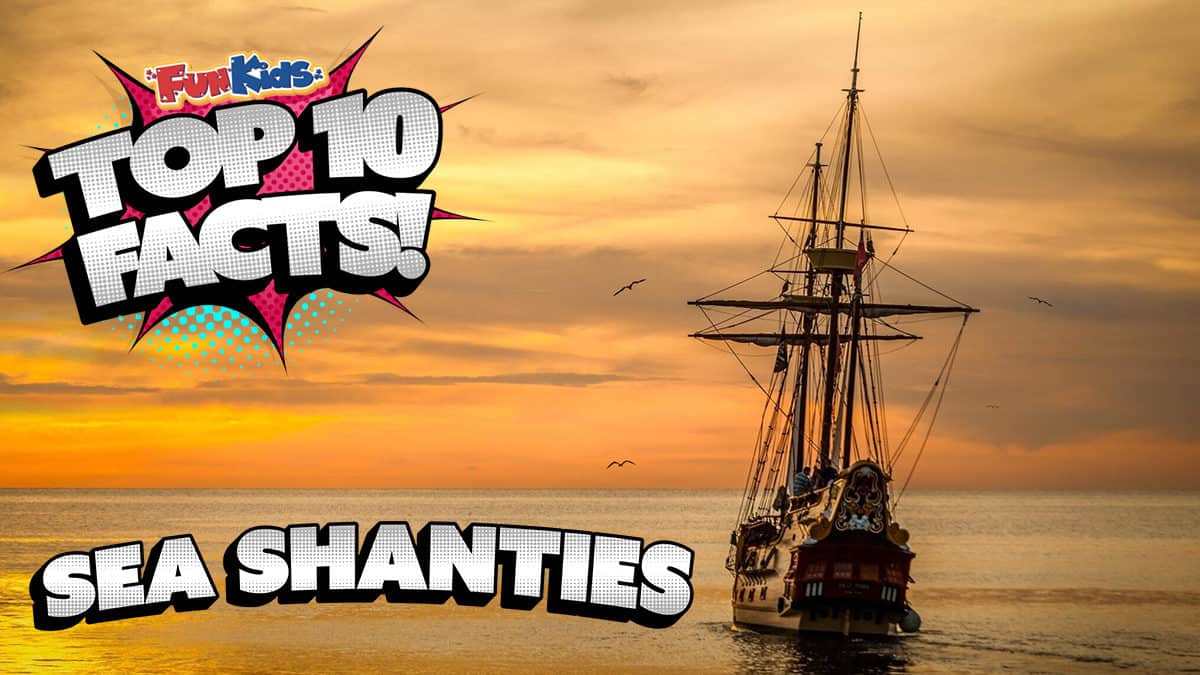 1. They were sung by pirates and sailors!

Sea shanties were sung by pirates and sailors when they were aboard their ship.

They would be sailing the seven seas!

These songs would get them through the long days.

Sea shanties were work songs that were sung on ships.

They would usually be sung during manual labour, especially when the actions were very repetitive.

It was also a great way to keep morale up on the ship!

3. They kept a rhythm going!

The sea shanty was used so there was a rhythm.

This was very useful during tasks such as raising the sails or even hauling heavy ropes.

This would ensure that the pace wouldn’t slow down and everyone was doing everything at the correct time.

It was usually used in big group tasks.

4. The ‘shantyman’ would lead the song.

There would be a solo singer who would lead the song for the rest of the crew.

They would be known as the ‘shantyman’.

There are over 200 sea shanties that we know of.

There are probably thousands more that were never recorded!

See if you can write your own sea shanty!

6. Sea shanties aren’t as popular now due to new technology.

Sea shanties are a thing of the past due to new technology coming in.

Boats don’t need as much manual labour as they did before as a lot of it is done by machinery.

7. The word ‘shanty’ comes from the French word ‘chanter’.

‘Chanter’ in French means ‘to sing’.

Shanty can also be spelt Chantey, or Chanty.

8. Sea shanties have been around since the 16th Century.

It is believed that sea shanties have been around from the 16th Century.

However, they became much more popular in the 19th Century.

Sea shanties were around for years!

9. ‘Bow the Man Down’ appeared in SpongeBob Squarepants!

‘Bow the Man Down’ is a famous shanty that appeared in SpongeBob Squarepants!

It has also been in Popeye!

10. ‘The Wellerman’ became viral on TikTok.

He is responsible for bringing them back into the limelight as his video went viral.

His TikTok video of ‘The Wellerman’ is now on 1.5 million views!

Playing: love is back by celeste