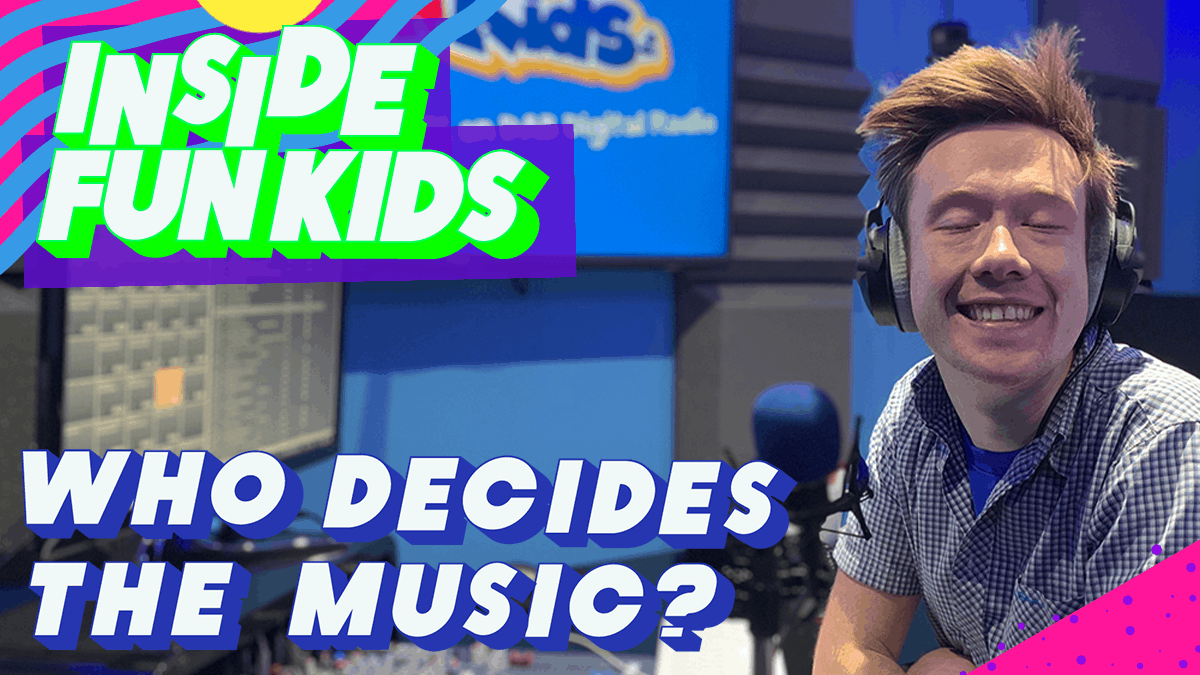 If you’ve listened to a number of different radio stations, you might be aware that there’s an almost limitless range of music out there – from classical to world music, pop to dance, jazz, hymns… and of course the music we play on Fun Kids!

And that’s because everybody has different tastes and interests. Your grandparents might like music from the 60s.  Your parents might be 80s pop or 90s dance fans… or perhaps they like something a little rockier.  You might even have cousins who are into death punk rock metal – whatever that is!

Choosing the right music for the target audience is important, and most stations will have someone called the Head of Music to make the right decisions.

They’ll know a lot about their listeners – not just their age and what they might like to do, but also what music is cool, and what’s not.  Music changes quickly, so tracks are often given rankings – just like the pop charts, and moved up and down depending on how popular they still are.

Our Head of Music is Bern, and he looks in lots of different places to find the newest and hottest music. Places he regularly explores include services you might also be able to explore, like Spotify, Apple Music, Amazon, YouTube, people’s blogs and websites.

Every week Bern goes through at least 500 songs hoping to find a few we can play on Fun Kids!

He’s built good relationships with record labels who send him everything they are promoting each week. His inbox is always bursting with songs and stories about big and new artists.  He reads everything whilst listening through a mix of what they’ve sent, and also playlists he’s put together from around the world. What Fun Kids plays is about half from what people send Bern, and half from what he’s discovered himself.

Bern looks for tracks which feel fun to listen to. They might be big pop tunes, or songs that make you laugh or go wow when you hear them. Sometimes we also need music to create a special atmosphere, like the music for Naps and Classical, or we might need sea shanties so the pirates can get what they want all weekend on Silly.

But nothing is more important than what our listeners think of what we play. Bern has a 6-year-old son who loves music. He helps him.  And so does every request, vote and comment that is sent in. We’re always learning and discovering along with our listeners.

We’re always looking for more songs, not just about fun and sunshine, but hamsters who work in offices, superhero princesses, farting dinosaurs, washing hands… you name it. That’s how Fun Kids gets to sound like Fun Kids!