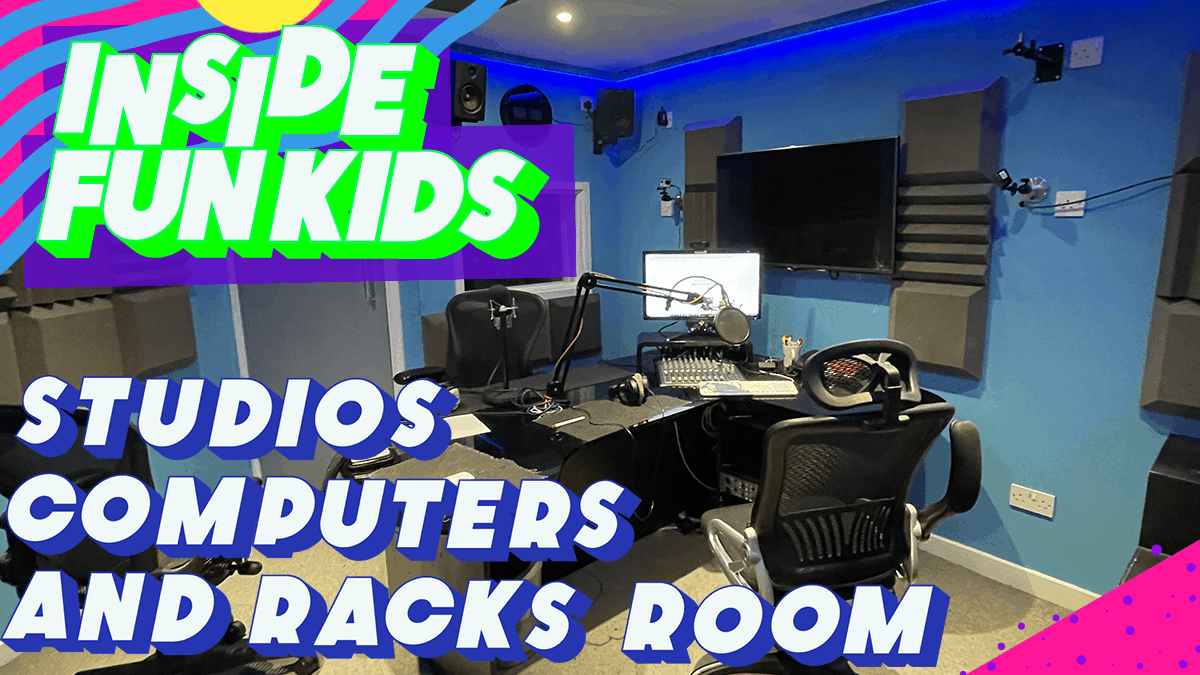 It’s time to meet some of the most important people you’ll find working in radio – without them there wouldn’t be any radio at all!  Nope, it’s not the presenters – it’s the engineers!

Whether a radio station is broadcasting to just a small number of people in a local community or inside a school, or even if they’re a city or national station broadcasting to millions, all stations need similar equipment to get the sound to the listeners – equipment like microphones and computers – and usually – lots of cables and wires too!

The engineers in a radio station have a bunch of different names: audio engineers, radio technicians, IT engineers or IT support depending on the type of equipment they build and maintain, and the job they do.  It all starts in the studio.

You can’t have a radio station without a studio.  The studio is a special room filled with equipment that takes the presenters voice and the music, jingles, competitions and phone ins… and all the other fun stuff, and gets it onto the airwaves.

There’s a whole load of hardware in here, like microphones and speakers, as well as a mixing desk and computers. It takes different engineers to keep everything working.

Audio engineers are the experts who look after the microphones, speakers and things like that – things to do with sound.  They need to keep them in top notch condition – and fix them when broken or not working correctly.

IT engineers are in charge of all the different computer systems and programmes. The Racks Room is a place where there’s loads of technology that keeps things running. Without the racks room, there wouldn’t be a radio station.

Have you ever wondered how your radio knows which radio station you’re listening to and the name of the track playing?  For FM stations, there’s something called an RDS encoder – that stands for Radio Data System.  It sends information about what’s being played as text files within the broadcast signal, and your radio therefore knows what’s being played as it’s played. For DAB stations, like ours, our computers wrap the audio along with the scrolling text (known in the biz as DLS) and send it to the transmitter company, so it pops up on your radio.

Playing: happy (from "despicable me 2") by pharrell williams