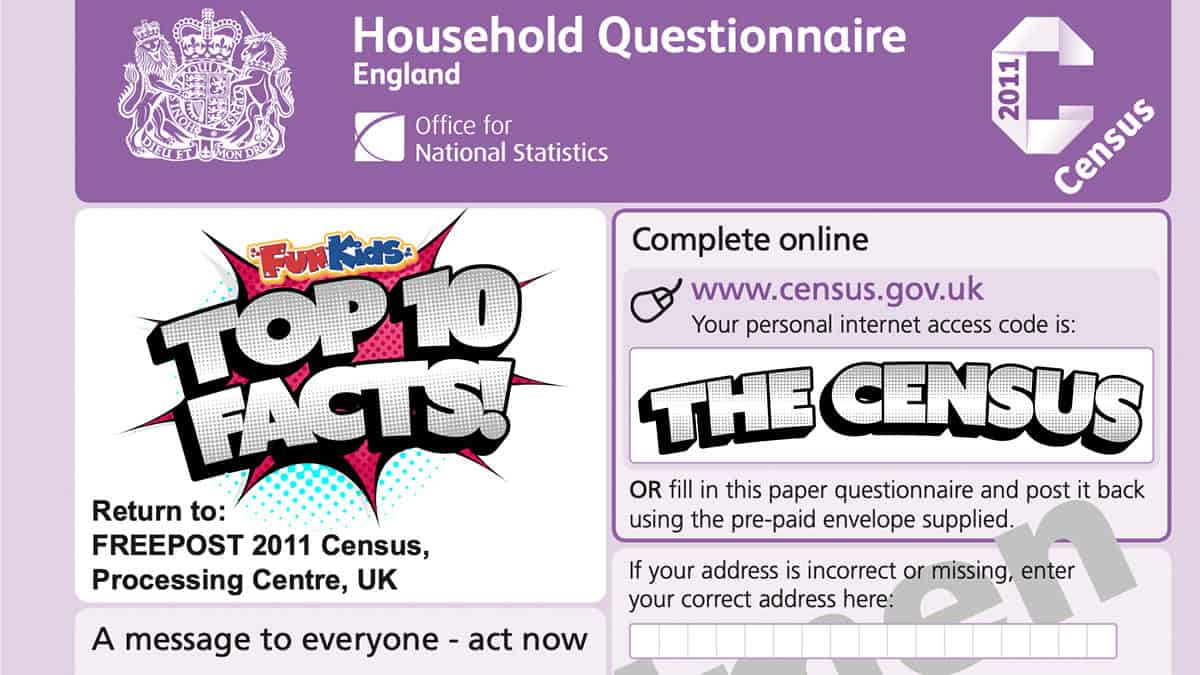 1. The census counts all the people in every household.

The census is a count of all people and households in England and Wales.

It helps with organising housing, education, health and transport in certain areas.

The census is done in the UK every 10 years.

3. Everyone in England and Wales answers the same questions.

Everyone in England and Wales has to answer the same questions.

The census will ask question such as where you live, what job you do, languages spoken and even how many cars you own.

After answering these questions, the government will have a more detailed breakdown of the population.

It will also give them a better idea of how many people there are.

4. It will give the council an idea of where a new park might be needed!

The census can show the government when there is a rise of children in a certain area.

This can effect different things such as if a new park needs to be built or if there is a need for a new school in the area.

If you have a local swimming pool near you, it might have been built because of a previous census which showed a need for one.

Since 1801 there has only been one missed census.

6. They can help us look into the past and see what life and the population was like back then.

The first ever census was done in 1801, because of this we now have lots of data to look back on.

This can help us and the government look back at the past data to see how our population has changed over the years.

Unfortunately in 1931 the census was lost in a fire.

The fire was due to World War II.

Luckily we can now keep the census as a digital file, so they are harder to lose.

8. People can submit their answers through post or online.

There are two different ways of submitting the survey.

It can either be done through the post or online!

9. You could get an insight to your past relatives lives!

Think about all those past ancestors that have filled in the census.

Did you know that that census details are released?

After 100 years the public can have access to them so you might be able to find some of your ancestors details!

10. Filling in the form is compulsory.

It is compulsory to fill in the form, which means you have to do it.

If it doesn’t get filled in then the person could risk getting a £1000 fine.

Which Total Dramarama character are you?

Win tickets to the Watercress Line!

The Homes We Live In

Which Total Dramarama character are you?

Tell us your favourite BBQ recipe to win