Here’s the script for this episode of Where in the World: Spain all about Spanish inventions.

And it looks like it’s all about inventions from this beautiful country. Have a listen – what do YOU think it could be about?

“Thousands have held these in their hands, from close to home or distant lands”

Hmm, well one thing even you might have held in your hands is a lolly!

Now you’ve probably had a chupa chup lolly, maybe you’ve had a lot of them! They’re hard candy on a stick and are one of Spain’s most famous inventions – all thanks to Senor Enric Bernat. Their name comes from the Spanish verb CHUPAR, meaning to suck. Chupa Chup basically means, well, sucky suck!

It was in 1958 when Bernat got the idea of a “bonbon with a stick” from a watching a child get sticky hands from melting sweets. He realised that sweets weren’t really made with children in mind, so he set about to change things. It certainly changed his fortunes! So is Enric Bernat the answer to our riddle?

Hmm… Maybe the clue is in the second part. It said “distant lands!” Well, there’s a very important Spanish invention that has taken us to the stars!

I’m talking about Emilio Herrera Linares, inventor of the first space suit! Linares was a Spanish military engineer and physicist who was born in 1879 – nearly eighty years before man would go into space. He was very interested in aeronautics and was involved in lots of studies for spaceflight, which is amazing when you think that aeroplanes had only recently got off the ground! He certainly liked to think big!

In 1939 he invented a spacesuit that provided the base for the ones which would be used by the astronauts who landed on the moon. So is Linares the superstar we are looking for?

Maybe in order to clean up this riddle, we need to have a closer look at a mop

The Mop was invented by Manuel Jalon Corominas, a Spanish aeronautical engineer. In the 1950s, he travelled to the US and saw people washing their floors with a cloth that they wrung-out through rollers in a bucket. He came up with the idea to produce something similar back home in Spain that would make cleaning much easier for people.

His friend, Emilio Bellvis, was a mechanic who helped him with the development of the first mop and Corominas set up the mop-producing company Rodex. Let’s remind ourselves of the riddle. “Thousands have held these in their hands, from close to home or distant lands”. Now it’s safe to say thousands have held a mop in their hands and you find them in pretty much any land on earth. They may even have one on the International Space Station! So is The Mop the answer?

Brilliant! We’ve solved the riddle! See you next time!

Find out more about Spain in more episodes of our series, Where in the World: Spain. 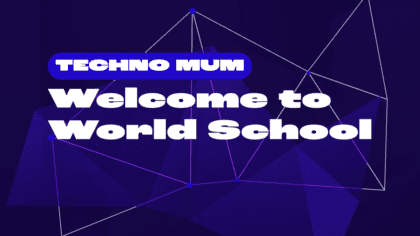