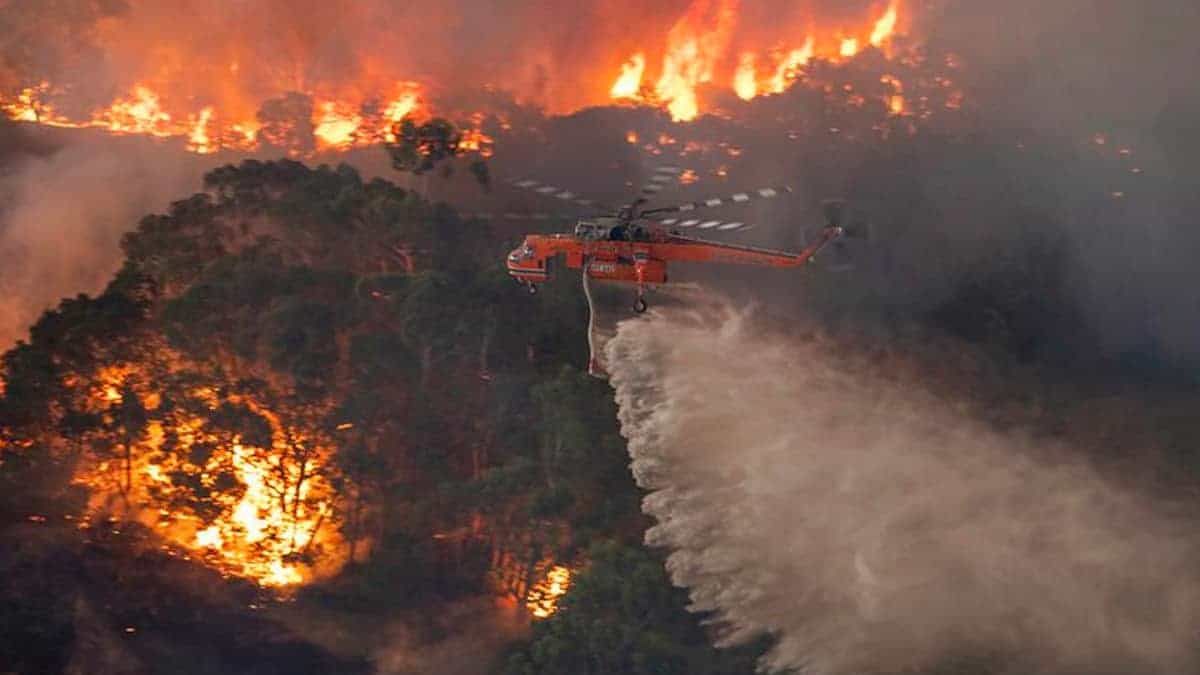 There are massive bushfires burning across Australia right now.

It’s so unusual that many states have declared an emergency, including New South Wales, which is where most people live.

Temperatures above 40ºC and strong winds have made it more difficult to fight the fires.

Since September, Australia’s bushfire emergency has destroyed thousands of houses and lots of wildlife.

At least 27 people have died and the fires have destroyed an area equivalent to the size of Iceland.

Why is this happening?

Like the fires that happened in the Amazon Rainforest in 2018, lots of people are blaming climate change as their cause.

Climate change can lead to increased temperatures in some places and more extreme weather.

Not only have these bush fires have followed a dry winter in Australia, meaning everything is able to catch fire a lot more easily than it ordinarily would, but high temperatures and strong winds have worsened the problem.

Scott Morrison, the Prime Minister of Australia, has been criticised for not doing enough on the climate and said that we are still a long way from fixing the crisis.

The fires have sparked protests across the world, urging governments to take action on the climate crisis.

How can I help?

Meanwhile, the WWF have opened an Australian appeal also and will be using donations in a similar way to their Amazon appeal.