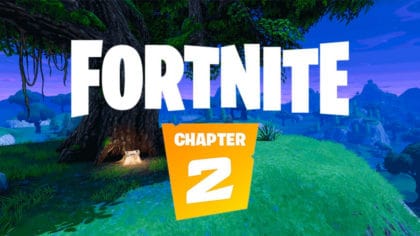 Fortnite recently shut itself down with a huge blackhole event.

Perhaps you were playing when it happened – a meteor came down from the sky and suddenly everything was sucked into a huge blackhole.

Nobody knew how long the game would be offline for but it seems like things are getting back to normal!

Out of nowhere, it came back online. Fortnite servers are back!

As predicted, the blackhole was a marketing stunt to get ready for Fortnite Chapter 2.

That’s a new version of the game. It’ll start from Season 1.

It also teases new ways to level up in the game, which include tasks like collecting resources and fishing.

Swimming also appears to be added.

Other additions include diving, stealth (hiding in dumpsters), and the ability to carry downed teammates.

With the entirety of the Fortnite Battle Royale map sucked into the blackhole, Fortnite Chapter 2 could see a brand new map.

More than 10 new points of interest have been discovered in the game’s code, which represents a much bigger change than previous seasons…

Stay on the Fun Kids website for more as we have it!