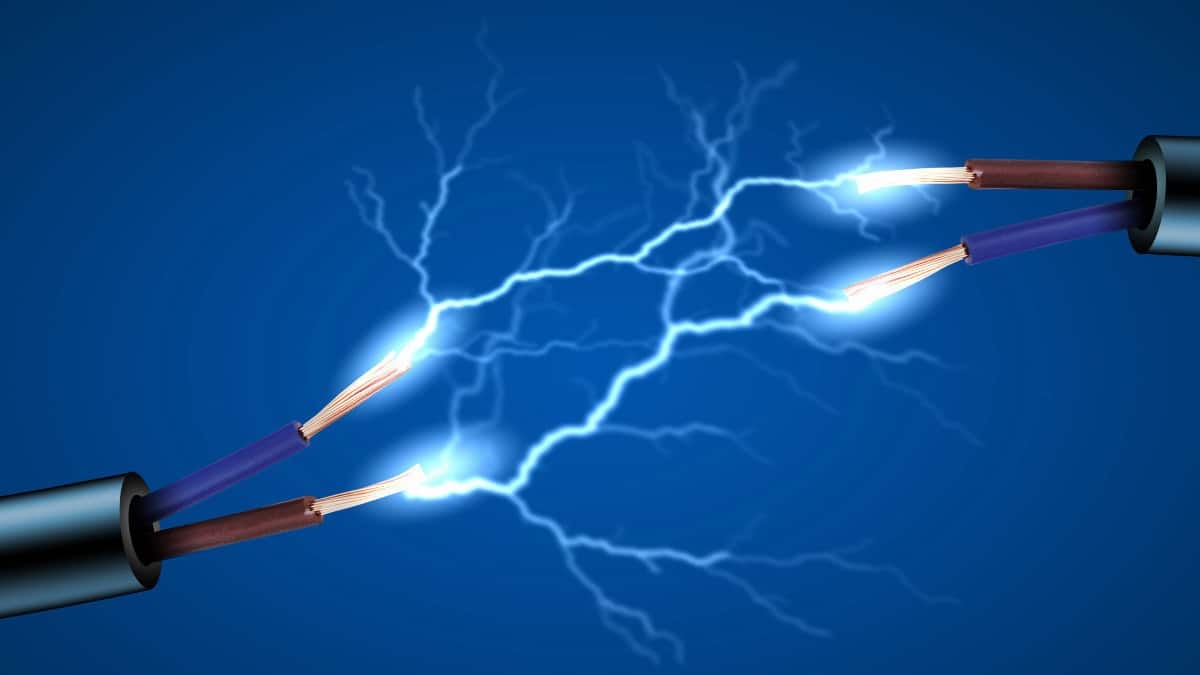 Lightning is made of a type of energy called electricity – and travels at 186,000 miles a second!

Electricity can be very dangerous, but if it’s packaged safely, it’s a seriously cool type of energy that can be made from almost anything. Humans love it!

Animal and plant waste is a biofuel and that can be used in power stations which churn out electricity.

Electricity is made with electrons. Electrons are really tiny parts of atoms which normally whizz around the edge of atoms, like little moons in orbit…

Atoms of different substances have different amounts of electrons. An earth metal called Iron has twenty-six little electrons in each atom.

Electrons are either positive or negatively charged – and just like magnets, opposites attract.

Power generators send out positively charged electrons in a loop with a negative charge at the end – that’s called a circuit.

And circuits can be created all over the planet carrying energy to do sorts of handy things.  Energy is AMAZINGLY great at changing from one type to another

It can also be turned into radio waves to make the pictures and sounds in things like televisions and radios.

Playing: say it again by frances