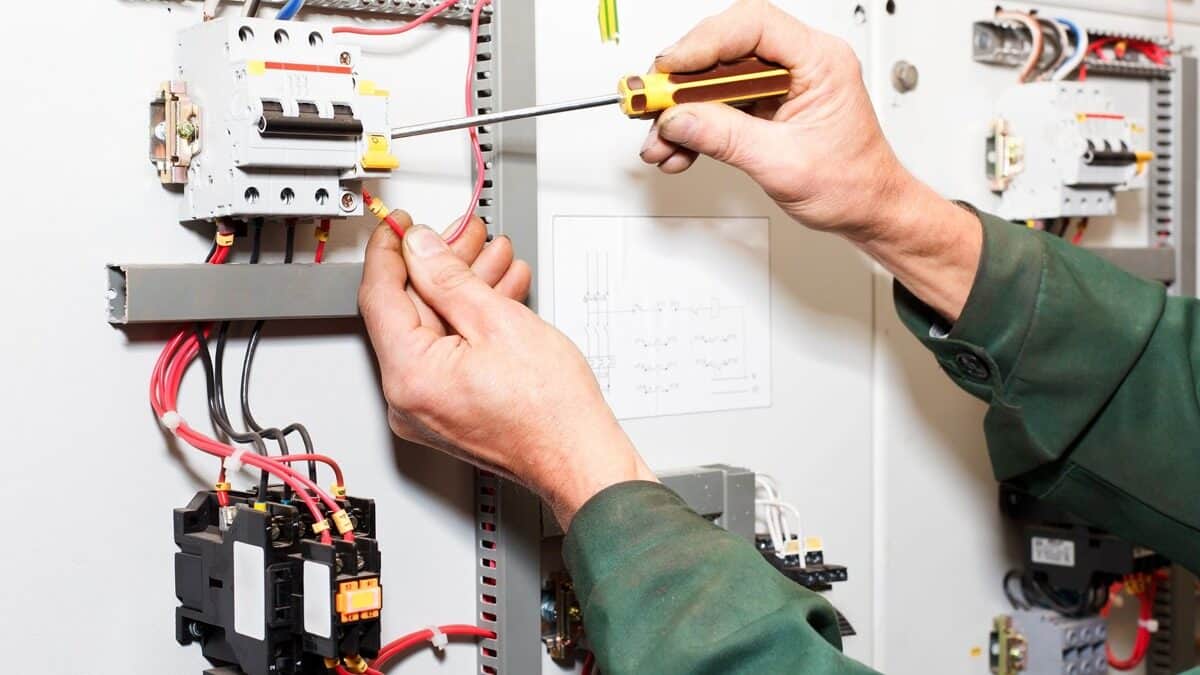 All of the gadgets that you have been using get their energy through plugs that you’ve connected to sockets in the wall.

Electricity is fed to these sockets through cables under the floorboards or within the walls.

You can see some of those cables on the photo above!

These cables are very dangerous to touch because they contain thousands of amps of electricity that can kill you.

In turn, these cables connect up with even bigger cables that are under the streets. There’s nearly fourteen THOUSAND kilometres of cable!

The UK has over seven thousand kilometres of overhead wires carried between pylons.

These power lines crisscross the country carrying the electricity to where it’s needed. And it isn’t just homes – electricity powers trains and factories, schools, and street lights!

Power stations in the UK are often found in the countryside or near the coast – normally far away from where people live.

The electricity that’s made at a power station is a bit like a stream of tiny charged particles that are fed into those cables.

Just think of it as a massive river running around the country!

Playing: one jump ahead from aladdin by brad kane