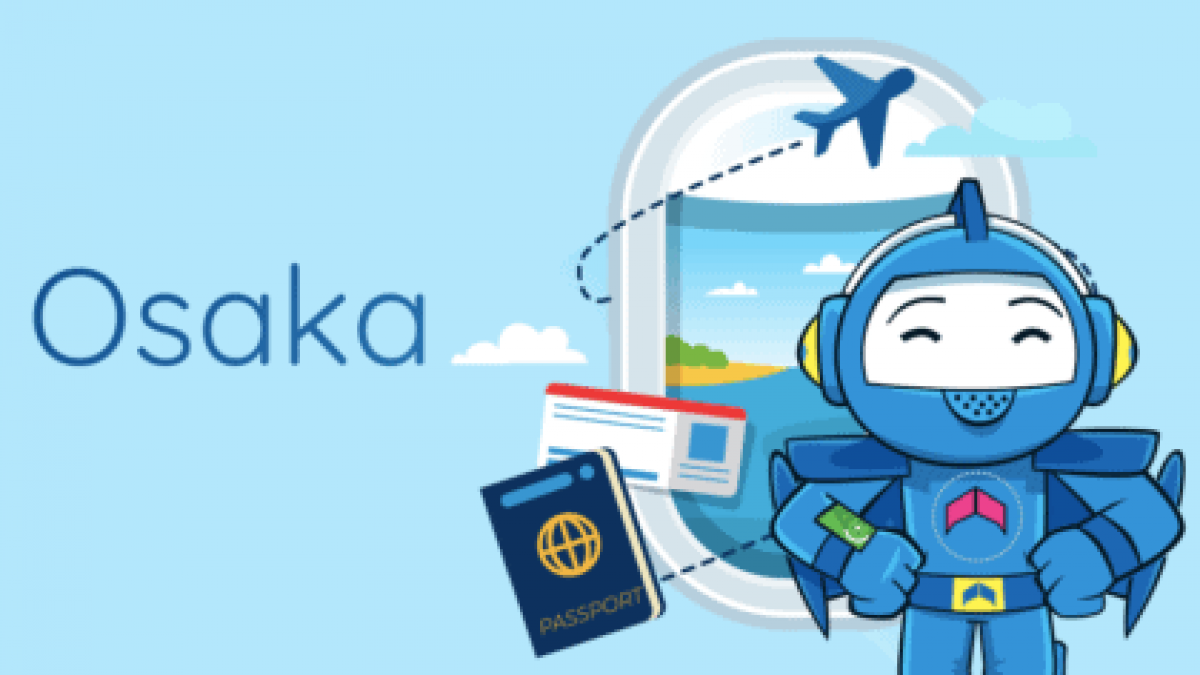 We’re going to be finding out all about Osaka in this mission.

Have a listen to Zoom’s Scrapbook entry all about Osaka…

Osaka is the third largest city in Japan. Have a look at this map to see where Japan is in the world…

So what’s so great about Osaka?

Being one of Japan’s biggest cities, Osaka has a lot of cool stuff…

This castle dates back to 1583 and back then it was the largest castle in Japan at the time.

It was built by Toyotomi Hideyoshi who was a ruler in Japan back then. He wanted the castle to become the centre of Japan. However, the castle was destroyed a few years after his death by his enemies.

The main castle was rebuilt in the 1620s. It used to have an amazing castle tower but that burnt down when it was struck by lightning in 1665.

The tower (the main building in the picture) you can see today was built in 1931.

Kids Plaza Osaka is a museum where kids are encouraged to learn through play.

Osaka Aquarium is one of the biggest public aquariums in the world!

This is a really cool building that connects at the top!

It has bridges and escalators so that you can get from one tower to the other.

Osaka has loads of delicious food to try!

It’s so famous for food in Japan that it has the nickname “the Nation’s Kitchen.”

This is a classic Osaka snack.

This is basically a pancake made from eggs, flour, sweet potato and cabbage. After that you can add on whatever you want to make it delicious!

“Okonomiyaki” actually just means “grilled stuff you like,” so you can put anything on it after the main ingredients.

This is a delicacy in Osaka. It’s a type of pufferfish that you eat raw.

It’s very famous as the puffer fish used is poisonous! That means it can only be prepared by very skilled chefs that have been trained to make it safe for you to eat.

Fugu chefs have to train for three years before they’re allowed to prepare it for customers. After three years they are given a licence to make it, just like you need to drive a car!