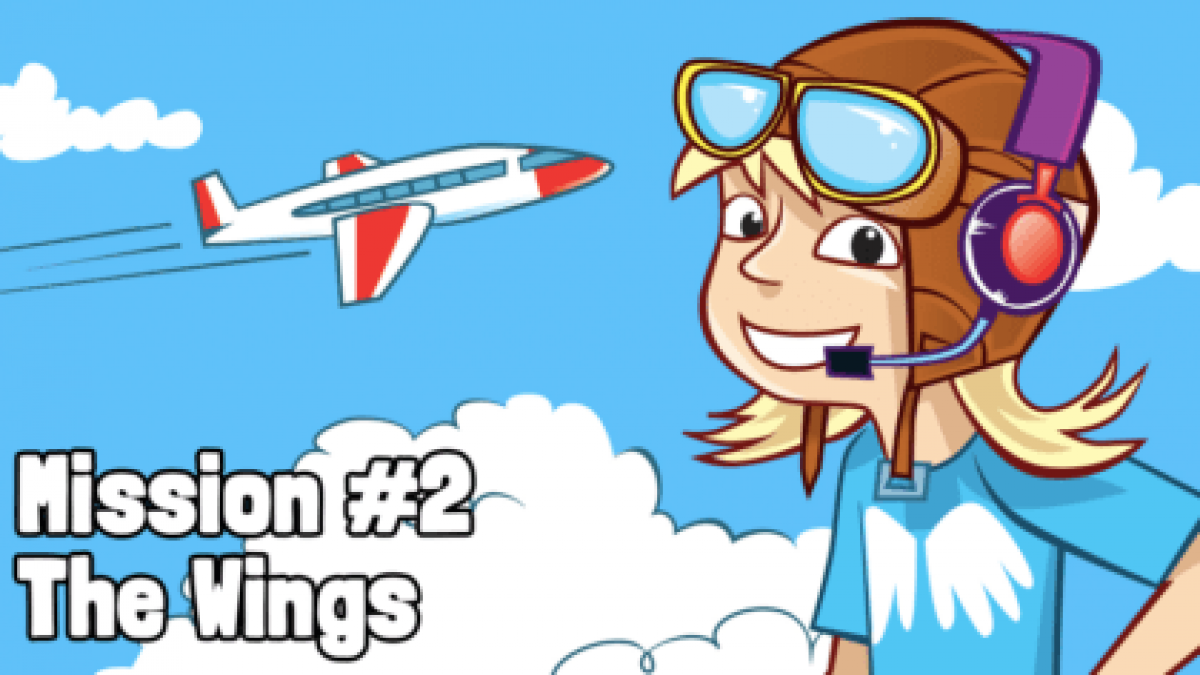 Who is Amy Aviation?

Amy is mad about everything aeronautical (that means everything to do with planes)!

She know’s everything there is to know about planes and loves to sharing her knowledge – when she’s not busy flying around.

Watch this video about plane wings and their shapes…

After that you should have a good idea about the different types of wings and what they’re good for.

My paper plane has triangle wings, what sort is that?

You can see them on space ships, fighter jets… and your paper plane!

What’s so special about Delta Wings?

Their shape makes these wings great for speed.

Planes with these wings can go super fast, it’s all because they give the plane big lift at high speeds and allows the plane to glide for thousands of miles!

That’s why you usually see them on fighter planes and space ships.

When I went on holiday the plane didn’t have Delta Wings, why not?

Although Delta Wings are amazing when it comes to speed they are not very stable.

Not being very stable means they are harder to pilot and can be more dangerous.

The plane you fly on when you g on holiday have more boxy wings that stick out, these aren’t as fast but are a lot more stable and safer.

Did you know they once made a commercial passenger plane that had Delta Wings?

It was called Concorde and it could fly faster then the speed of sound which is 760mph!

It was super fast but it was harder to pilot then the planes we have now and it needed a much longer runway then normal planes because it landed and took off and a much higher speed.

Are there any other types of wing?

The B-2 Bomber has very strange wings… the whole plane is a wing!

It looks very strange but the engineers had a very good reason to make it look like this.

This shape makes the plane invisible to RADAR!

It works because the waves bounce off this shaped plane making it hardly show up on RADAR at all.

Activity: Try this quiz all about plane wings and see how much you know!

Click here to see the next mission all about what the pilot does!