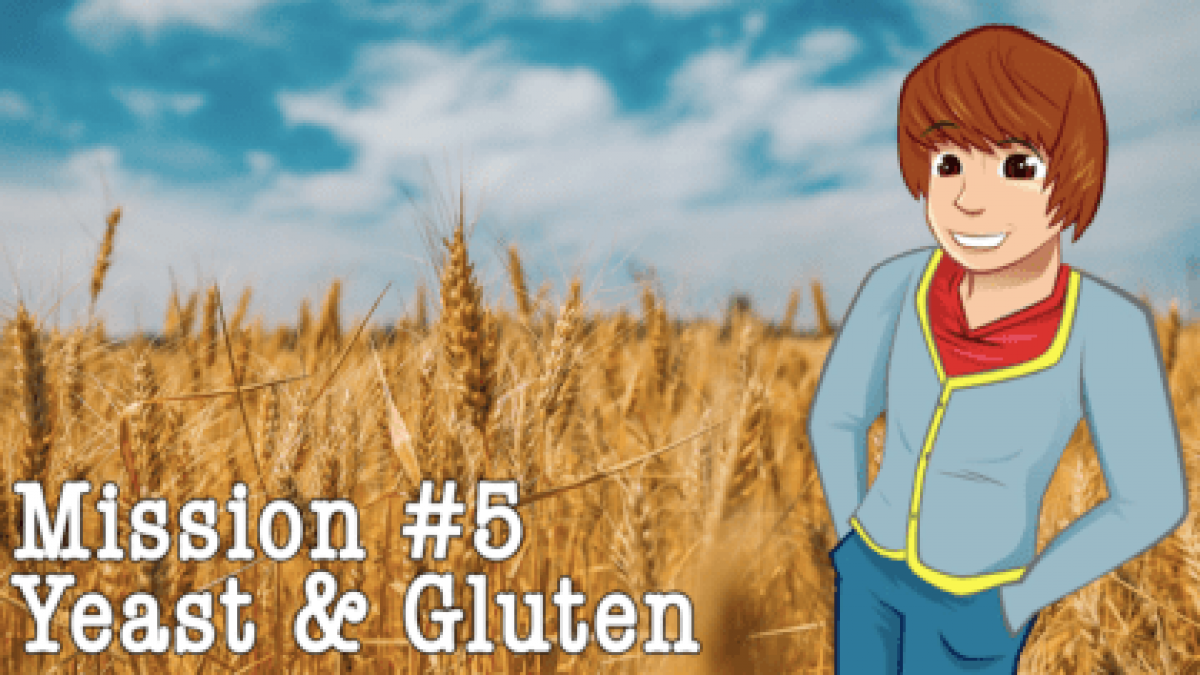 George is a curious student who loves food!

Anything to do with food he wants to know about, so he’s here to help us find out everything we can about baking!

After that you should have a better idea about what yeast and gluten are.

Yeast is one of the key ingredients in baking bread.

Yeast is what makes all the bubbles in the bread and makes the dough grow when it’s proving.

Yeast is actually a living thing! It’s a microorganism which is one of the tiniest forms of life that exist on the planet.

Yeast is in the funghi family (the same family as mushrooms) and there is loads of yeast all over the place – in our bodies, on our bodies and even in the air we breathe!

If you look at yeast under the microscope it looks just like a load of tiny smooth balls.

So how does yeast make gas during the baking process?

When yeast is placed in a warm and damp environment, with something starchy or sweet, it starts to multiply.

The process of the yeast multiplying produces alcohol and a gas called carbon dioxide. This gas is what aerates the dough, making it grow in size and making all the bubbles you see in it.

The yeast that bakers use is called Saccharomyces Cerevisiae.

Does the yeast keep multiplying in bread forever?

No, the yeast is killed off in the high heat of the oven when you bake the bread so it all stops producing bubbles then.

It’s important to know that yeast only likes nice warm conditions. This means that if it’s too cold or too hot then the yeast won’t multiply and so won’t produce carbon dioxide unless you have the temperature nice and warm (but not too warm).

You may have heard about gluten or seen it mentioned on food packaging as lots of people are intolerant to gluten which means it makes them ill if they eat it.

Gluten is just a protein that you find in flour but it’s very important to making bread.

Gluten is what makes the dough nice and soft but strong at the same time. The dough needs to be soft so that it can expand as the yeast makes more and more bubbles but also strong so that those bubbles don’t burst!

Without gluten bread wouldn’t be nice and fluffy on the inside and the holes in it would be a lot smaller. It would end up being more like cake then bread.

Check back next week for more missions!

Playing: chandelier by the wind and the wave